Minority Rights Group > About Us > Our history 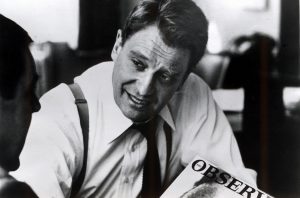 David Astor, editor and proprietor of the Observer newspaper, was troubled by the regular reports of ethnic persecution crossing his desk. Astor brought together a small group of journalists, academics and anti-apartheid campaigners to found MRG with the goal of addressing these issues. 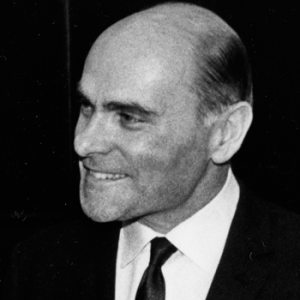 Minority Rights Group (MRG) was run in a purely voluntary capacity prior to receiving funding from the Ford Foundation in 1968. This grant was used to hire MRG’s first paid employee, Laurence Gandar, a journalist and editor from South Africa best known for his work as editor at the South African newspaper The Rand Daily Mail. In November of 1969, Gandar was named Director of Minority Rights Group International in London where he implemented a new research and publication programme on minorities facing serious discrimination as a result of their race, ethnicity, religion, language or minority identity. Gandar’s work dubbed MRG “the organisation for the defence of oppressed minorities worldwide”. Gandar stayed in this position for 3 years before returning to South Africa.   Photo credit: International Press Institute

1970: MRG publishes its first report,”Religious Minorities in the Soviet Union” 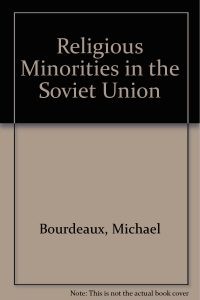 MRG published its first report in December of 1970 with author Michael Bourdeaux. This report would go one to be updated and reprinted numerous times.

1971: “The Two Irelands- the problem of the double minority” 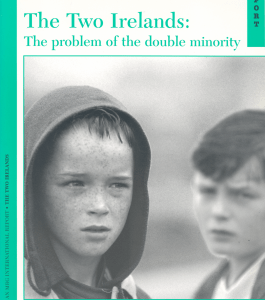 The Two Irelands: the double minority (1971) is the second report ever published by MRG. It was written by author Harold Jackson and was described by Chatham House as ‘the best pages on Ireland’s contemporary political problems that have found their way into contemporary literature’. The report was welcomed by Catholic and Protestant commentators for its balanced representation of the problems encountered by both communities in Northern Ireland. This work on Ireland was later reported to have influenced analyses and to have contributed to discussions surrounding the Good Friday Agreement. 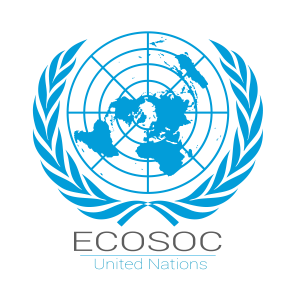 MRG gained consultative status with the UN, and with a direct focus towards advocacy, MRG made the most of its new-found status by successfully supporting minority and Indigenous peoples’ initiatives at the international level. MRG affiliate groups emerged in Belgium, Finland, France, Italy, the Netherlands and Sweden as a result.

1975: MRG publishes “The Palestinians” and “The Kurds” 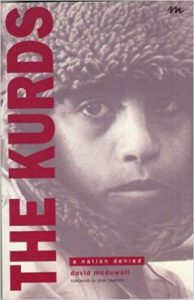 These reports by David McDowall were ground-breaking for their day, generating international coverage on issues that were fairly unknown at the time.

1977: Birth of the first World Directory on Minorities 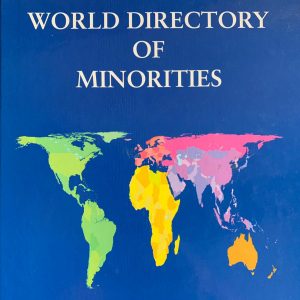 The release of this directory was the culmination of work that began in 1975, and would be the first section in a three part volume called World Minorities later known as the World Directory on Minorities.

1980s: A focus on advocacy for concrete change 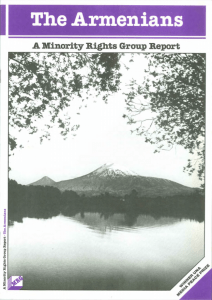 At the time of its publishing, “The Armenians” by David Marshall Lang and Christopher J. Walker was one of few accessible accounts of this genocide. It went on to win the UNA Media Peace Prize. 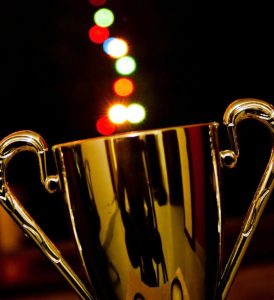 MRG is awarded the UNA Media Peace Prize for its work publishing reports exposing little-known minority rights issues. MRG’s report “The Armenians”, which focused on the ‘hidden holocaust’, and Armenian culture more generally, was a recipient.

1988: An MRG mentee becomes the first Roma TV presenter of the former Czechoslovakia 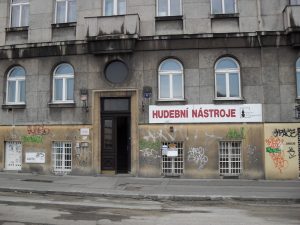 A graduate of a Roma mentoring and capacity building project is appointed as the first Roma presenter on national TV in what was then Czechoslovakia.

1990s: A focus on building capacity at the grassroots level

1990: MRG relocates to its Brixton office 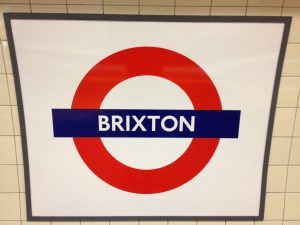 MRG moved to its new office space in Brixton in the early 1990s, a community in South London known for its multiculturalism.

1992: MRG’s decade of advocacy influences the adoption of the UN Declaration on the Rights of Minorities 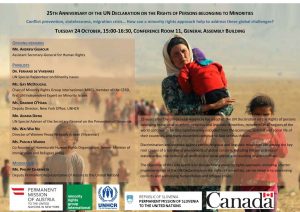 After years of advocacy, in 1992 the UN General Assembly adopted the UN Declaration on the Rights of Persons Belonging to National or Ethnic, Religious and Linguistic Minorities. This was a major step forward for minority rights and demonstrated MRG’s growing influence. 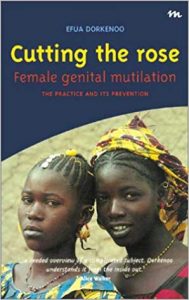 In 1994, MRG published Cutting the Rose: Female Genital Mutilation – The Practice and Its Prevention, a ground breaking report which raised world attention to the issue of female genital mutilation (FGM). It was written by Efua Dorkenoo, affectionately known as “Mama Efua”, and was selected by an international jury in 2002 as one of “Africa’s 100 Best Books of the 20th Century”. Dorkenoo went on to become a global expert on FGM and pioneered the global movement to end the practice and worked internationally for more than 30 years to see the campaign “move from a problem lacking in recognition to a key issue for governments around the world.”

1995: The “No Longer Invisible” report is released 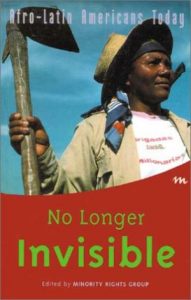 This report focused on the distinct and extraordinary diverse ethnic and cultural identities of Afro-Latin Americans that had received little official recognition up until this point. Despite being published in 1995, it remains ground breaking and relevant to this day. 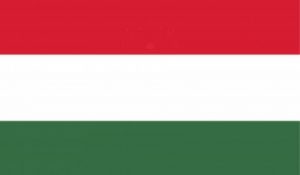 MRG hires its first staff member out of Budapest, and its work based in Europe begins in earnest. This European sister office of MRG aims to promote and protect the rights of minorities and indigenous peoples across Europe and Central Asia.

2000s: A focus on strategic litigation 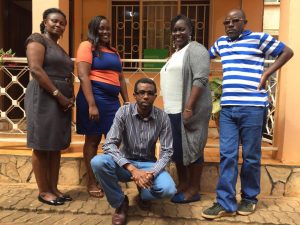 2006: First annual report on “The State of the World’s Minorities and Indigenous Peoples” is published 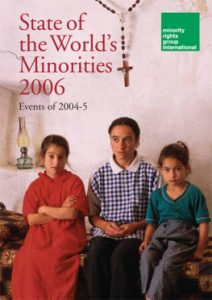 The first “Peoples Under Threat” analysis published in the first “State of the World’s Minorities and Indigenous Peoples Annual Report” which would become an ongoing and important project for MRG.

2007: The Minority Forum is created 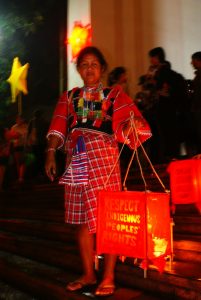 MRG lobbying contributes to the creation of the UN Working Group on Minorities, which would then transform into Minority Forum. The Forum meets annually, with two working days allocated to thematic discussions and consultations with regional groups. 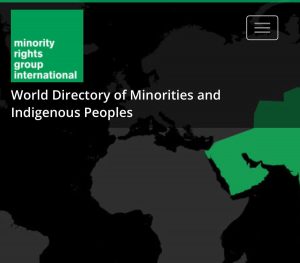 2007: MRG contributes to the UN Declaration on Rights of Indigenous Peoples 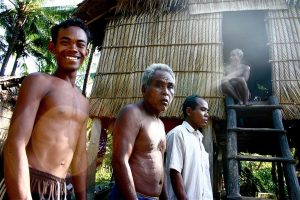 MRG contributes particularly to the Asian Indigenous input as the UN Declaration on the Rights of Indigenous Peoples is adopted. UNDRIP defines the individual and collective rights of Indigenous peoples, including their ownership rights to cultural expression, identity, language, employment, health and education .

2009: Key legal victory regarding discrimination in participation at the European regional legal level 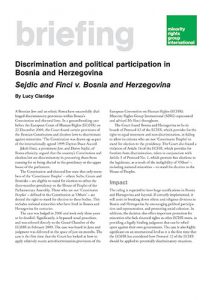 The landmark Sejdic and Finci case was won at the European Court of Human Rights, with MRG representing Jakob Finci. The Court found that that applicants’ ineligibility to stand for election to the House of Peoples violated their rights.

2010s: A focus on tackling discrimination through cultural actions

MRG realises the effectiveness of online training and completes its first online course, developed and run for over 600 individuals in 36 countries across 3 continents 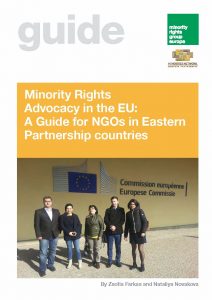 MRG establishes a network of 80 organisations to work on the Eastern Partnership, a European Union initiative aimed at tightening relationships between the EU and its Eastern partners.The establishments of this partnership provided a substantial opportunity for minorities to influence decision-making on issues affecting them.

2016: MRG produces its first resource on intersectional discrimination, “Life at the Margins” 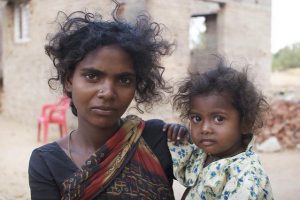 “Life at the Margins: The Challenges of Multiple Discriminations” is an online story pack highlighting multiple forms of discrimination that minorities and indigenous peoples face on account of their age, gender, livelihoods, disabilities, sexuality and gender identities.

2017: MRG wins key legal victory for the Ogiek Community in the then newly established African Court on Human and Peoples Rights 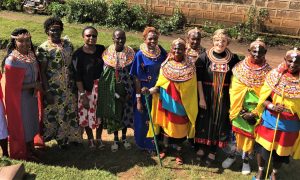 After an 8 year legal battle, the Ogiek indigenous community won a historic lands rights case against the Kenyan government at the African Court of Human and Peoples’ Rights with the help of MRG. 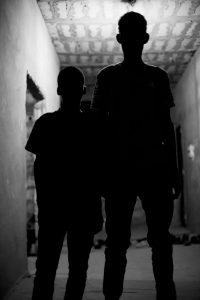 After having worked on the case, MRG and Anti-Slavery international welcomed the landmark ruling of the African Committee of Experts on the Rights and Welfare of the Child in the case of Said and Yarg Salem against Mauritania. 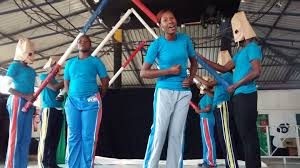 MRG projects reach audiences of 100,000 across the Middle East and North Africa through street theatre against racism performances. 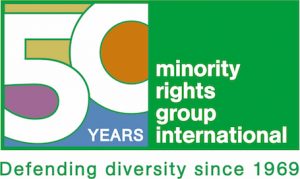