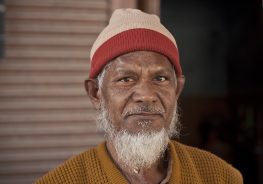 Background: The Republic of India is home to a large number of minority and indigenous communities, including disadvantaged groups such as Dalits (scheduled castes) representing over 16% of the population, as well as religious minorities like Muslims (14%), Christians (over 2%), Sikhs (over 1,5%), Buddhists, Baha’is, Jews and Parsis, and indigenous groups such as Adivasis, Nagas and Andaman Islanders.

Discriminatory laws and violence against religious minorities: Since 2012, levels of communal violence in India have remained consistently high. The most severe case during this period took place in Muzaffarnagar (Uttar Pradesh) in 2013, prior to the 2014 general election, leading to the death of over 60, and displacement of over 50,000, the majority of whom are Muslim. Lower-level violence against religious minorities has increasingly been linked to communal mobilization around anti-cow-slaughter and anti-conversion legislation.

‘Anti-cow slaughter’ laws exist in 21 states in India, with differences in state legislations ranging from a total ban on slaughter to punishments for transportation of cows. A number of BJP-led states have implemented stricter laws since the 2014 general election, and on 31 March 2017, Gujarat increased its punishment for cow slaughter to life imprisonment, becoming the country’s most severe. Discriminatory impacts are felt directly by religious minority groups, particularly Muslims and Christians, but also lower-caste Hindus including Dalits, many of whom consume beef. ‘Anti-conversion’ laws (officially called Freedom of Religion Act[s]) are in force in six states, with recent efforts to introduce laws to additional states, and renewed calls for a national anti-conversion law. While these laws specifically prohibit conversions where fraud, force or inducement are involved, in practice the legislation has been used by Hindu extremists to discourage or prevent conversion from Hinduism to other religions, particularly Islam and Christianity – a situation that particularly disadvantages lower castes such as Dalits, for whom conversion can mean greater inclusion.

Both anti-cow slaughter and anti-conversion laws have been increasingly mobilized by right-wing vigilante groups such as gau rakshaks (‘cow protection’ units’) and those engaged in ghar waspi campaigns (‘homecoming’, or mass ‘reconversions’ to Hinduism) to target minorities. Such laws have played a central role in fostering hostility towards minorities in India, which in numerous cases has led them to be targeted in the application of the law itself as well as by vigilante mob violence. In 2016 and the first few months of 2017 alone, there have been over a dozen violent cases perpetrated by cow vigilantes, including most recently in early April 2017, which led to the death of a 55-year old dairy farmer in Rajasthan.

Exclusion of Christian and Muslim Dalits from the Prevention of Atrocity Act: Dalit Christians and Dalit Muslims are excluded from the Scheduled Castes and Scheduled Tribes (Prevention of Atrocities) Act, adopted in 1989, which aims at dissuading violence by providing harsher punishment for persons committing offences against individuals protected under this Act. As stressed by the UN Special Rapporteur on arbitrary executions, this exclusion not only prevents them from securing reservations, but it also excludes them from the protection of this law on a discriminatory basis.

Access to justice for minority victims: Access to justice for minority victims of communal violence is frequently obstructed at various stages – from initial filing of a case to prosecution – for reasons such as trust in authorities, destruction of evidence and intimidation. This is often linked to degrees of state complicity involved with these incidents, as well as deeper institutional bias against minorities within the criminal justice system. Aid distributed to victims of mass violence against religious minorities has been categorised as ‘ex gratia’, and therefore voluntary, lacking recognition of legal obligation on the part of the state to “make available adequate, effective, prompt and appropriate remedies, including reparation”, as per international standards. Levels of aid received by victims of mass violence such as Nellie (1983), Delhi (1994), Gujarat (2002), and Muzaffarnagar (2013) have widely differed, and overall have been grossly inadequate to meet victims’ needs, non-compensatory, and slow to be distributed, resulting in long-term inter-generational implications. Further, there remains lack of progress towards addressing and securing reparation for gender-based violence (GBV) in these cases, in contravention to recommendations by the CEDAW.

Minorities in detention: According to 2015 statistics from the National Crimes Records Bureau, more than 67% of those in India’s jails are defendants under trial, 25% of whom were in prison for over one year. Muslims, Dalits, and Adivasis make up 55% of India’s defendant population, but only a combined 39% of the country’s total population. Overrepresentation of minorities in India’s prisons reflects deeper institutional bias against minorities in relation to law enforcement, with severe manifestations including cases of ‘encounter killings’ and physical abuse by authorities, especially in conflict areas such as Jammu & Kashmir. Further, there remain challenges in holding public servants to account, particularly in those areas where the Armed Forces (Special Powers) Act is applied.

NGO law and minority rights defenders: India has adopted measures which have severely constrained activities of civil society, including the Foreign Contribution (Regulation) Act that in December 2016 saw 20,000 NGOs blocked from receiving foreign funds. The FCRA, which does not meet international standards, has seriously impaired efforts to protect and promote minority rights in India, with many of those affected at the forefront of supporting victims of communal violence and advancing Dalit rights.