Statement on the Human Rights Situation in Africa 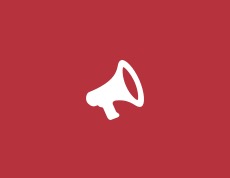 35th Session of the African Commission on Human and Peoples Rights

I speak on behalf of Minority Rights Group International.

Minority Rights Group International has just published a Report detailing the situation faced by Twa women in the Democratic Republic of Congo, Rwanda, Burundi and Uganda. Throughout most of their territory the Twa have been dispossessed of their lands, often recently, and with no compensation or alternative land provision. The loss of lands and lack of access to natural resources has resulted in severe poverty which has limited Twa people’s access to adequate education, health services, housing and sanitation, information and justice. The Twa indigenous communities as a whole suffer from discrimination, marginalisation and extreme poverty, yet the plight of Twa women is compounded by multiple discrimination.

By way of example – Twa women who have been raped by belligerents are usually afraid to take legal action, and are often ostracized by their communities who fear they have become infected with HIV. Among the Twa women interviewed for MRG’s new report only 9 percent could read or write. Few women older than 20 years have completed more than three years in primary school. Few are legally married, thus depriving them and their children of legal protection against eviction in the case of the death of their husband, and rights to family property. Because of the general marginalisation of the Twa, Twa women are often forced into prostitution.

The Report, which is available in French and English, provides a list of recommendations. They include:

This Report compliments another MRG Report entitled Land Rights and Minorities which provides an introductory survey of land rights issues affecting different minorities. Land can be a key issue behind minority claims for protection in Africa as elsewhere. This Report is also available in French and in English. We urge their findings to be given the utmost consideration.

There are a number of grave concerns that have been raised at the NGO Forum and have been outlined in the NGO Resolution on the Situation of Minorities and Indigenous Peoples in Africa. I would like to take a moment to draw your attention to several of them.

With regard to the abhorrent situation in Darfur, in addition to adding our voice to the myriads calling for an immediate cessation of the campaign of ethnic cleansing,* there is a key point MRG would like to bring to your attention. Respect for international and regional standards in place to protect and promote the rights of minorities and indigenous peoples provides a critical buffer against ethnic conflict. The application of the principle of non-discrimination in the access to resources, systems for power sharing and inclusive decision-making in which marginalised minorities are represented, ensuring development is human-centred and participatory and that its benefits are equitably distributed provide a foundation upon which the type of events we are witnessing in Darfur are unlikely to occur.

Thank you for your attention.

*To cite but on of many authorities, UN Under-Secretary-General for Humanitarian Affairs Jan Egeland has described the situation in Darfur as “ethnic cleansing”.