MRG condemns the detention of Nubians in Aswan, Egypt 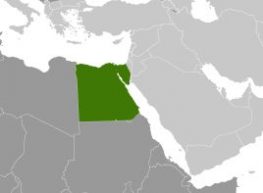 Minority Rights Group International (MRG) strongly criticises the continued detention of 25 Nubian activists in Aswan, Egypt, for demanding the implementation of a constitutional provision regarding the Nubian community’s return to their ancestral land. They have been in custody pending investigations since then. MRG also denounces the attack of security forces on the court attendees that took place on 3 October 2017 and the further detention of at least seven Nubians.

On 3 September 2017, 24 protesters, listed below, who are members of the Nubian indigenous people were attacked and arrested by security force, in Aswan, Egypt. The protest that was meant to walk Corniche street in Aswan, demanded the implementation of Article 263 of Egyptian Constitution which stipulates that the state should return the residents of Nubia to their original territories located around Lake Nasser.

This constitutional provision represents a right that Nubians have long demanded. However, subsequent presidential decree 444/2014 has substantially undermined this right, as it designated 16 areas belonging to Nubian villages as border-military zones effectively banning civilian residence in these areas.

On 9 September, the security forces arrested a 25th person, as he was visiting the other detainees in prison. These detainees are facing charges including protesting without a license, road-blocking, chanting anti-government slogans and receiving funding. Under these charges, the detainees, if convicted, can face sentences of several years in prison.

The 25 detainees remain in custody pending investigation in the case. The procedures of the pretrial detention have involved numerous irregularities. On 13 September, 19 September and 3 October the investigative judge moved from the Aswan Court to the Shalal central security camp, where the detainees are being held. Lawyers in the case were not informed beforehand, nor were reasons given for the change of location – which should require a decision from the Minster of Justice as per Egyptian law. If such a decision has not been issued, this poses serious questions on the autonomy of the investigative judge.

Furthermore, MRG understands that the detainees have not yet been recalled for investigation. This further raises the question of whether it is necessary for the authorities to continue holding the detainees pending investigation if no interviews or other investigations have been conducted after a month of detention. This leads MRG to believe that the pre-trial detention itself has become a form of punishment. The detainees have expressed their dismay in a letter released from their place of detention, that they are facing ‘persecution on an ethnic basis.’

On 3 October, security forces used tear gas in front of Aswan Court in order to disperse family members and colleagues of the detainees who expressed their anger and dismay at the decision of the court to extend the pre-trial detention by 15 more days. At least a further seven Nubians were detained.