HRC36 – Ukraine: MRG raises the situation of Roma and Crimean Tatars at the Human Rights Council 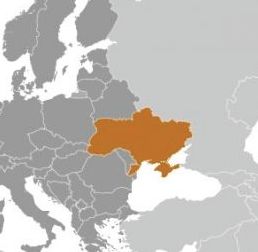 MRG has previously called attention to the violent incident undertaken against the Roma residents of the village of Laschinovska, in Odessa Oblast in August 2016. During the attack, 7 families, totalling 21 persons, 14 of whom were teenagers, were forced to leave the village, following the illegal order by the village authority to evict them. The order was enforced by a violent mob which attacked the property of the families and was enabled by the police, who passively witnessed the incident. Following international outrage, the Ukrainian authorities acknowledged in public statements that the incident was regrettable and that it would undertake a serious investigation.

One year on, no concrete action has been taken, the families have not been able to return to their homes, no restitution or accommodation has been provided to them by the local authorities, and the police will not guarantee their safety should they wish to return to collect what remains of their property and possessions.

The failure of the authorities in Ukraine at all levels to safeguard the basic human rights of the Roma of Laschinovska creates a dangerous precedent. This year in Kharkiv oblast, a Roma man was murdered following again an incident when a local mayor organized a mob. In the case of Kharkiv, higher authorities have intervened, but there are very serious signs of a developing sense of impunity when hostile actions against Roma are initiated or supported by public officials in Ukraine. Despite the welcomed adoption of public policies aimed at Roma inclusion, the very public failure to defend the rights of Roma in Laschinovska undermines the credibility of government policy.

MRG calls on the Ukrainian authorities to guarantee the security of the evicted Roma to return to Laschinovska and to undertake a comprehensive investigation into the incident.

We call for the immediate revocation of the ban on the Mejlis and the dropping of charges against its members, and we call on the responsible authorities to ensure the full enjoyment by Crimean Tatars of their religious and cultural rights as well as fundamental freedoms.