MRG statement to the UNHRC on violence against women in Iraq 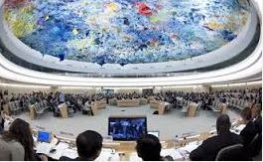 Minority Rights Group (MRG) would like to draw the attention of the Council to the pressing situation concerning violence against women in Iraq.

Targeted by parties on both sides of the Iraq conflict, women and girls are highly vulnerable to sexual violence, abductions and killings, particularly those displaced or those living in conflict-affected areas. Reports indicate that over 3,000 women and girls have been abducted by Daesh or ISIS, many of whom have been subjected to abuses including rape and sexual slavery. Over 10 months later, there is little evidence of any concrete measures taken to secure their release. Meanwhile, protection and provision for survivors are inadequate to facilitate victim reintegration into society.

A recent report published by MRG and the Ceasefire Centre for Civilian Rights details how women fleeing violence, widows, and female IDPs are also at further risk of being trafficked into prostitution. For many women, the fear of dishonour, violence or economic desperation traps them in cycles of exploitation and abuse.

Whilst Iraqi legislation criminalises rape, abduction and human trafficking, the vast majority of violent crimes against women are not prosecuted. Police and prosecutors are often either unsympathetic or untrained to deal with gender-based violence, and in some cases even facilitate the abuse of victims. The stigmatisation of female victims and institutionalised discrimination in Iraqi law and practice seriously impede access to justice, often leaving victims without redress.

The federal government of Iraq must carry out thorough and impartial investigations into crimes against women committed by all parties. Iraq should also reform the Penal Code to introduce minimum sentences for rape and establish rehabilitation services for victims of sexual violence.

Escalating violence in Iraq is taking a devastating toll on women, according to a new report released today by the… 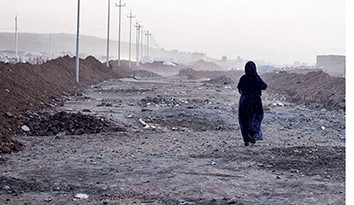 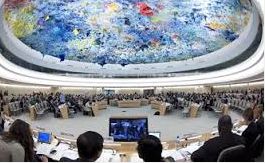