HRC36 – WG People of African Descent: MRG’s statement on the challenges of poverty, exclusion and development 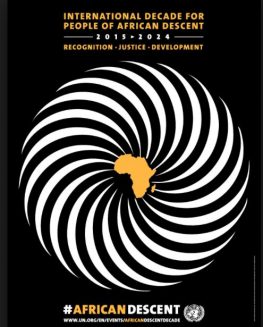 ID with Working Group on People of African Descent (item 9)

Minority Rights Group welcomes the work of the Working Group on the key issue of poverty, exclusion and development for people of African descent.

We would like to echo some of the remarks made during the session and flag two fundamental challenges which stand in the way of sutainable development for people of African descent.

The first challenge is the denial of the mere fact that people of African descent are discriminated against and are largely excluded from the economic development. There is a lack of acknowledgement that people of African descent face exclusion, and – related to this point – a critical lack of data and statistics. Within Europe, for instance, the mainstream discourse ranges from ‘colour blindness’, where social issues and inequality are presented largely as matters of class and geography; to varying degrees of commitment to multi-culturalism. The terms of this discourse is complicated by a reluctance to employ concepts concerning race and ethnicity. The absence of disaggregated data in many countries makes it difficult to identify the extent of the problem, and of the social and economic marginalization of people of African descent.  It does not allow states and monitors to quantify the problem, to identify the factors of vulnerability and to use indicators to assess the evolution of the situation and the impact of measures taken.

The second challenge is the fact that the barriers to development cannot easily be isolated from one another. Poverty and under-development spring from the same vicious circle, where different structural issues are in interaction. Breaking this circle requires a comprehensive approach, and simultaneous action on different fronts. Socio-economic inequality is determined by a complex range of factors, manifested in many interconnected spheres, such as education, livelihoods, income, material assets, access to social services, influence and participation. It is necessary to look at how identities, social norms and structural factors intersect to create distinct patterns of experience. For many people of African descent, this interconnectedness forms the basis of their well-being: if disadvantage is experienced in one sphere, other areas are also likely to be affected.

These two challenges need to be fully taken into consideration and addressed by policy-makers, to ensure that development and other policies affecting people of African descent meet the SDG’s promise not to leave anyone behind.