MRG’s statement at the UNHRC on the UPR of Kenya 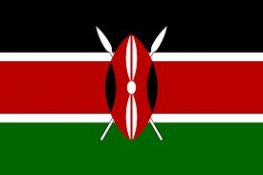 The adoption of Kenya’s UPR report comes at a crucial time for its minorities and indigenous peoples, whose rights continue being disrespected and who remain one of the most marginalised groups in the country.

MRG would like to highlight three points of particular relevance for minorities and indigenous peoples in Kenya today. Firstly, there is a clear need for recognition of their rights over their ancestrally owned land, yet these are repeatedly being breached – for example, the Endorois, the Ogiek and the Sengwer have all been victims of forced evictions both in the past and recently. Ancestral lands hold a special importance for indigenous peoples as they form the basis of their livelihoods and of their religious and cultural identity. As a consequence, evictions and destruction of their lands severely threatens indigenous peoples’ rights, and indeed their very existence. Despite being protected under domestic and international law and policy, and upheld by domestic and regional decisions, indigenous peoples’ rights continue to be violated in Kenya without proper investigation, adequate compensation or redress.

This brings us to our second point of attention: implementation. MRG applauds Kenya’s commitment to continue the implemention of legislation protecting indigenous peoples’ rights and their lands. However, we would like to see the same commitment applied to judicial decisions, including the African Commission’s Endorois judgment, which five years after its adoption has yet to be implemented; and a recently breached domestic Court order forbidding the eviction of Sengwer people, who were later forcibly evicted from the Embobut Forest. Likewise, MRG regrets the Government’s appeal of a domestic judgment declaring the Ogiek’s eviction from the Mau Forest illegal and ordering their resettlement. We also urge Kenya to comply with the African Court’s provisional measures ordering to stop the damage done to Ogiek land in the Mau Forest, and to implement the Truth Justice and Reconciliation Commission’s 2013 recommendations to that effect.

The third and final point we would like to stress is a worrying and persistent exclusion of indigenous peoples from decision-making. We welcome Kenya’s pledge to improve their political representation and urge the Government to make free, prior and informed consent of indigenous peoples a prerequisite for all decisions and legislation related to their lands. This includes dialogue with the Endorois in the implementation of the Endorois decision, with the Ogiek regarding the Mau Forest, the Sengwer in the Embobut Forest, and with the indigenous communities whose land rights, culture and livelihoods are affected by the Lamu Port-South Sudan-Ethiopia transport corridor project. MRG is especially concerned by the police violence repeatedly encountered by indigenous peoples peacefully protesting the violation of their land rights, and calls for the investigation of these instances.