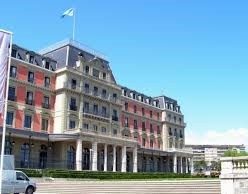 Download the integral version of the MRG Pre-sessional Report in PDF! Kindly note that the numbering of paragraphs in the HTML version below does not follow the original numbering.

II. ICCPR is applicable to the BIOT and should be included in the UK’s Periodic Report

III. The UK’s Treatment of the Chagossians Constitutes a Violation of the Right to Self-Determination (Article 1)

IV. The Continued Exile of the Chagos Islanders from their Homeland is an Act of Cruel, Inhuman, and Degrading Treatment (Article 7)

V. The State Deprived the Chagos Islanders of the Right to Enter their own Country (Article 12)

necessary to protect national security. Moreover, by prohibiting the Chagossians’ return to the territory, the State’s acts are disproportionate and an overly intrusive mechanism to achieving their purpose.

VI. The State Subjected the Chagos Islanders to an Unjustified Interference of Privacy, Family, and Home (Article 17)

1 The Committee recommended: “The State party should, to the extent still possible, seek to make exercise of the Ilois’ [Chagos Islanders’] right to return to their territory practicable. It should consider compensation for the denial of this right over an extended period. It should include the territory in its next periodic report.” International Covenant on Civil and Political Rights [hereinafter “ICCPR”], Human Rights Committee [hereinafter “Committee”], Concluding Observations of the Human Rights Committee, United Kingdom of Great Britain and Northern Ireland and Overseas Territory of Great Britain and Northern Ireland, ¶ 38, U.N. Doc. CCPR/CO/73/UK (2001).

4 This Committee has indicated that it considers the ICCPR to apply to the BIOT, and has urged the UK to “include the territory in its next periodic report.” Concluding Observations, ¶ 22.

5 In its written response to the concluding observations of this Committee, the UK government explained that “when, in 1976, the United Kingdom ratified the Covenant in respect of itself and certain of its Overseas Territories, it did not ratify it in respect of BIOT. It is for this reason…that the Covenant does not apply, and never has applied, to BIOT.”The Queen (on the application of Louis Olivier Bancoult) v. Secretary of State for Foreign and Commonwealth Affairs Rev1 (2006) EWHC 1038 (Admin) (11 May 2006).

6 Although it was not formally registered as a reservation, the UK’s declaration that the ICCPR does not apply to the BIOT should nonetheless be considered one and evaluated according to international law and to the Committee’s practice on reservations. According to General Comment 24, “[i]t is not always easy to distinguish a reservation from a declaration as to a State’s understanding of the interpretation of a provision, or from a statement of policy. Regard will be had to the intention of the State, rather than the form of the instrument. If a statement, irrespective of its name or title, purports to exclude or modify the legal effect of a treaty in its application to the State, it constitutes a reservation.” ICCPR, HRC, General Comment 24 (52), General comment on issues relating to reservations made upon ratification or in relation to declarations under article 41 of the Covenant [hereinafter “General Comment 24”], ¶ 3, U.N. Doc. CCPR/C/21/Rev.1/Add.6 (1994).

20 The Court of Appeal found the WikiLeaks’ cables to be admissible; however, the outcome of the case was not thought to have turned on the content of the cables. Therefore, the decision of the lower court to permit a Marine Protect Area was upheld. Regina (Bancoult) v Secretary of State for Foreign and Commonwealth Affairs (No 3) [2014] EWCA Civ 708; [2014]  WLR  (D) 237.

22 Although in Quinteros and Schedko the Committee did not require objective verification of the suffering and anguish of those recognized as victims of an article 7 violation, external confirmation of the injury to the Chagossians’ “dignity and … mental integrity” only bolsters the argument that the UK government is in violation of article 7.

32 Vienna Declaration and Programme of Action adopted by the World Conference on Human Rights, Fact Sheet No.25, Forced Evictions and Human Rights, Vienna (1993).

33 The Court declared the removal and subsequent exclusion of the population “an abuse of power”. R (Bancoult) v. Secretary of State for Foreign and Commonwealth Affairs (No. 2), ¶ 29 [2008].

34 ICCPR, HRC, General Comment 16, General comment on the right to respect of privacy, family, home and correspondence, and protection of honour and reputation under article 17 of the Covenant [hereinafter “General Comment 16”], ¶ 4, U.N. Doc. HRI/GEN/1/Rev.9 (Vol.I) (1988).