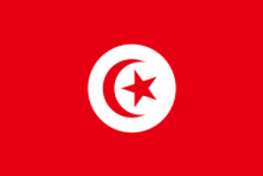 Tunisia’s efforts to fulfill, respect and protect the civil and political rights of its population will be reviewed by the UN Human Rights Committee at its 128th session, in March 2020. The Committee will assess Tunisia’s compliance with the International Covenant on Civil and Political Rights that the country has ratified in 1969.

MRG, in partnership with the Anti-Discrimination Points suggest that the Committee call on the government of Tunisia to:

1) Adopt a comprehensive legislation prohibiting all forms of discrimination, including discrimination on the basis of gender, ethnicity, religion, language, indigenous status, sexual orientation or gender identity, in line with international standards

2) Ensure the full implementation of the 2018 Law on the Elimination of All Forms of Racial Discrimination: in particular, the national committee to combat racial discrimination should be created with appropriate budget under the supervision of the Minister of Human Rights to ensure monitoring of cases of discrimination, as well as implementation of policies that proactively encourage the elimination of racism in Tunisian society and the full participation of the country’s black community, including by training judges and police officers on the application of the law. Authorities should also ensure that law no. 50 also protects sub-Saharan migrants.

3) Adopt a comprehensive legislation preventing and punishing incitement to violence and hatred and hate crimes, including homophobic and transphobic hate crimes.

4) Expedite the election of the Constitutional Court and provide it with the means to guarantee that the rights enshrined in the Constitution and in international treaties are upheld, and laws contradicting these rights abrogated.

5) Expedite the establishment of a subcommittee to combat all forms of discrimination, in line with Article 41 of the Human Rights Commission Act adopted in 2018.

7) Ensure that Amazigh people are given active support to practice their language and preserve their culture and identity, including by allowing them to use, learn and teach their native indigenous language, and by rescinding Decree Law no.85 of 12 December 1962 forbidding the adoption of Amazigh names.

8) Implement law n° 2016-61 of 2016 concerning the prevention of human trafficking by strengthening the work of the National Authority for the Prevention of Trafficking in Persons by allocating an appropriate budget and to make sure cases concerning sub-Saharan migrants are properly investigated and addressed.

9) Abolish art.230 of the Penal Code criminalising sexual intercourses between consenting adults of the same sex, and ensure that Article 226 and 226bis of the same Code are not used to arrest, detain or harass individuals on the basis of their real or perceived sexual orientation or gender identity.

11) Revise national legislation to bring it in line with the 2014 Constitution and with Article 18 of the ICCPR, including by upholding the right to freedom of religion or belief of unrecognized communities such as Baha’is, as well as the right to not practice a religion or to convert. Equality before the law irrespective of one’s religion, including in matters of marriage, should be guaranteed in law and practice.

12) Support the collection of disaggregated data, not only by gender and age but also by religion and ethnicity: this is needed to provide greater visibility and recognition to the country’s minority and indigenous communities and their specific issues.

13) Invest in a more inclusive educational system to promote tolerance and respect for diversity: this should include incorporation in school curricula of the history of the Amazigh peoples, as well as other minority communities, such as the Jewish minority and knowledge of all human rights.

14) Work with all sectors of Tunisian society, including police, judiciary, religious leaders and the general public, to promote a culture of human rights: this should extend beyond the country’s legislative framework to address discrimination at all levels and drive social change.