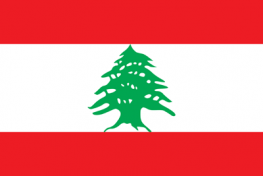 Minority Rights Group International has submitted a written contribution ahead of the third Universal Periodic Review (UPR) of Lebanon, scheduled for January – February 2021.

Our submission provides information and recommendations about the human rights of minorities and vulnerable groups in Lebanon, with a particular focus on religious minorities, non-believers, LGBT+ persons, persons with disability, refugees and migrant workers.

The full report can be accessed HERE.

MRG’s suggestions of recommendations include: