70th Anniversary of the Genocide Convention

Seventy Years of the Genocide Convention 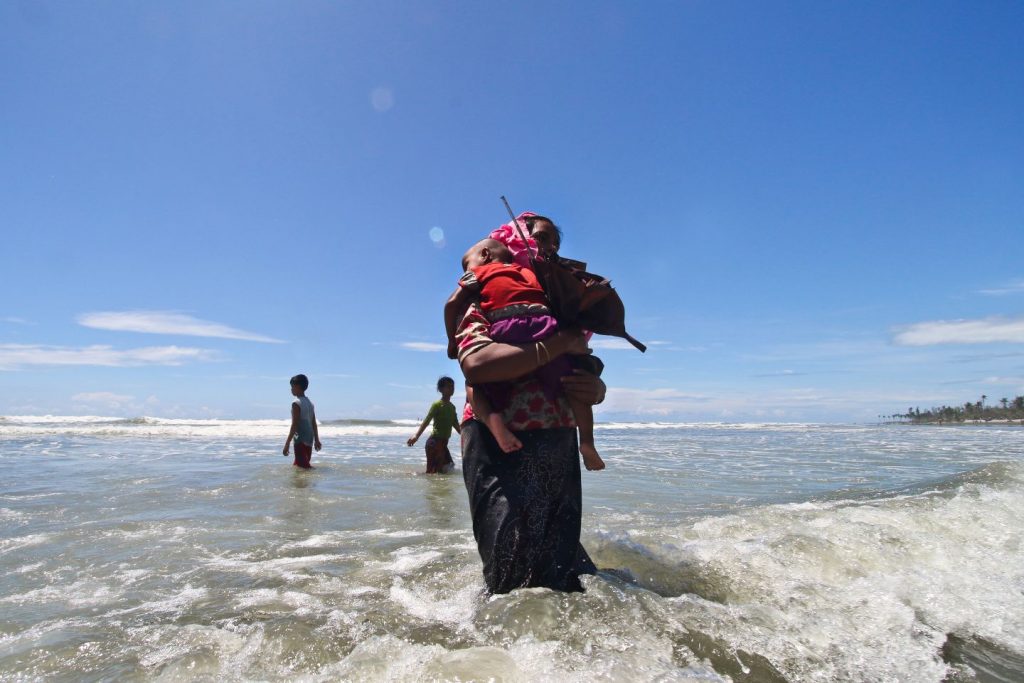 Seventy years ago this week, on 9 December 1948, the United Nations adopted the Convention on the Prevention and Punishment of the Crime of Genocide.

The word, genocide, had been coined only a few years earlier by one of the Convention’s leading advocates, Raphael Lemkin, a Polish lawyer who was deeply affected by the Armenian genocide and the loss of his family in the Holocaust.

The Convention defines genocide as the intent to destroy, in whole or in part, any national, ethnic, racial, or religious group through any of five acts: killing; causing serious physical or mental harm; deliberately inflicting living conditions intended to cause the group’s destruction; imposing measures to prevent births;  and the forcible transfer of children. And although Lemkin originally defined genocide in broader terms to include the preservation of cultural identity, the idea of ‘cultural genocide’ is not reflected in the Convention, which is a point of criticism.

Perhaps more significant than the creation of the crime itself, the Convention also established an obligation on all states to prevent and punish genocide no matter where it occurs.

The preamble to the Convention recognizes that ‘at all periods of history genocide has inflicted great losses on humanity’, and although sadly over the past seventy years the world has often failed in its obligation to prevent genocide, from Guatemala to Darfur, the Convention has also provided a vital framework for tackling this heinous crime.

Since the Convention was introduced, it has been ratified by 149 countries, but the prohibition of genocide and state duty to prevent and punish are recognized as internationally binding regardless of ratification. Yet these norms have been flaunted and tested over the years, such as in Cambodia, the former Yugoslavia, and Rwanda.

From 1975 to 1979, the Khmer Rouge under Pol Pot brutalized Cambodia. In four years, upwards of 2 million Cambodians perished, from starvation to systematic torture and killing. Along with anyone accused of ties to the previous government, monks and middle-class Cambodians, ethnic Vietnamese and Cham Muslims were especially targeted.

In 2003, Cambodia agreed to the establishment of a UN-backed tribunal, the Extraordinary Chambers in the Courts of Cambodia (ECCC), to prosecute Khmer Rouge atrocities. The ECCC has been criticized for inefficiency and vulnerability to political intrusion by Hun Sen, the country’s leader.

In November 2018, a little less than a month before the 70th anniversary of the Genocide Convention, the ‘Khmer Rouge Tribunal’ found two senior officials guilty of genocide but what this will effectively mean for the countless survivors is yet to be seen.

The ECCC drew on the jurisprudence of the first major tribunal since the Convention was approved, the International Criminal Tribunal for the Former Yugoslavia (ICTY).

Sadly, the ICTY served no real preventive function considering the worst genocide in Europe since World War II took place within its jurisdiction some two years after its establishment. In July 1995, Serbian forces under Ratko Mladic massacred some 8,000 Bosniak men and boys and forcibly displaced upwards of 30,000 women and children at Srebrenica.

In November 2017, at its final trial, the ICTY found Mladic guilty of 10 charges including his role in the Srebrenica genocide and delivered a life sentence. At the time, former United Nations High Commissioner for Human Rights, Zeid Ra’ad Al Hussein, called it the epitome of international justice.

But after 24 years, 161 indictments, and 90 convictions, including for genocide, and although it has been fundamental in shaping international norms, the ICTY has not really addressed underlying tensions toward ethnic and religious minorities in the former Yugoslavia.

The transitional justice failures of genocide tribunals are further apparent in the International Criminal Tribunal for Rwanda (ICTR), tasked with investigating and punishing the 1994 genocide of some 800,000 ethnic Tutsis.

Criticism of the ICTR aside, among the greatest concerns in Rwanda today are the policies of the country’s president, Paul Kagame, who has cracked down on civil and political rights, and outlawed ethnic identity rather than allow discussion of diversity. This makes it particularly challenging for the country’s Batwa indigenous people to advocate for their rights.

The establishment of the International Criminal Court (ICC), whose jurisdiction under the 1998 Rome Statute includes the crime of genocide, was hailed as a milestone in accountability for international crimes but has also faced political limitations.

For minorities and indigenous peoples, from Syria to the Central African Republic, the threat of genocide and the failures of the international community remain very real.

Perhaps the best-known case of genocide in the last few years is that of the Rohingya in Myanmar, often called the world’s most persecuted minority, where hundreds of thousands have fled from acts of genocide into neighbouring Bangladesh and elsewhere. These have included mass killings, rape, torture, destruction of property and forced displacement. Leading up to and contributing to the violence has been a decades-long process to deny the Rohingya community of their Myanmar citizenship.

In September 2018, the independent international fact-finding mission on Myanmar labelled it an ‘ongoing genocide’ and called for Myanmar to be referred to the ICC or for the creation of an ad hoc tribunal, as well as targeted sanctions against those most responsible, such as Myanmar’s commander-in-chief General Min Aung Hlaing.

Yezidis in Iraq and Syria

An ethnic and religious minority scattered throughout Iraq, Syria and Turkey, Yezidis have faced persecution for generations. Beginning in August 2014, they were systematically targeted by the Islamic State of Iraq and al-Sham (ISIS), but despite liberation from ISIS the community remains under threat.

In 2016, citing the Genocide Convention, the Independent International Commission of Inquiry on the Syrian Arab Republic found that ISIS was committing genocide against Yezidis, including the killing of hundreds of men and sexual enslavement of thousands of women and girls. Since then, the Commission has warned that genocide is ongoing and unaddressed, and called for a referral to the ICC or the establishment of an ad hoc tribunal.

In 2018, a boost to international awareness for Yezidis, the Nobel Peace Prize was co-awarded to Yezidi rights defender Nadia Murad, one of 6,500 Yezidi women to have been sold into sexual slavery by ISIS. She has since donated the prize money to support persecuted minorities in the Middle East and especially Yezidi women survivors of sexual violence.

However, the geopolitics of Iraq and Syria have stalled meaningful progress in addressing genocide against Yezidis. The community and their allies continue to call for justice and an end to impunity.

The Genocide Convention is among the fundamental instruments of contemporary international law. Its approval in 1948 was a milestone for the protection and promotion of minority rights, yet in the intervening years numerous communities have been targeted by acts of genocide.

It might be said that one success of the Genocide Convention has been the establishment of an absolute red line for human rights violations and the development of universal obligations. And yet sadly it seems that the failure of many countries to adhere to their obligations under the Convention reflects not a denial of this obligation but the lack of political will to act, because acknowledgment of genocide demands international action.

Just as powerful nations refused to acknowledge the genocide in Cambodia or Rwanda in time to intervene, so too have many been painfully slow to recognize the violence against Rohingya as genocide.

But the challenges of preventing and punishing genocide are more than just political. The Convention’s narrow definition, failing to recognize more subtle actions intended to destroy communities in whole or in part, such as assaults on cultural identity and other fundamental elements of group life, also arguably make it an incomplete legal instrument.

In 2015, in its concluding report, the Canadian Truth and Reconciliation Commission, which was tasked with, among other things, acknowledging the impact of the Residential School system on Canada’s indigenous peoples, found that Canada’s treatment could best be described as ‘cultural genocide.’ And while the acknowledgment of atrocities against Canada’s indigenous peoples is clearly a symbolic victory, one might wonder why such systematic cruelty was not found to be genocide under the Convention.

As the Convention passes its seventh decade, and the world continues to grapple with atrocities against minorities and indigenous peoples, we must find new ways of overcoming the political obstacles of recognizing genocide, while at the same time, arguably, what we recognize as acts of genocide should evolve.

The 70th anniversary is an opportunity to recall that genocide can also include the deliberate infliction of living conditions intended to cause a community’s destruction. Certainly, we should look beyond the traditional violent acts accepted as genocide within the Convention to see how the survival of minorities and indigenous peoples are threatened by more indirect forms of violence, from the expropriation of ancestral lands to the forced erasure of unique cultural identities. At the same time, the fight continues to bring perpetrators to justice and defend the rights of communities at risk of mass atrocities.