The power of innovation to create lasting change

An early example of this is our support for minority and indigenous community members to speak at events themselves, not speaking for them. This was essential for MRG because the communities we work with are so often silenced or ignored. Allowing them the space to be heard directly, without the traditional ‘gatekeeping’ role of international NGOs as middlemen, was an essential first step towards ensuring their needs were met in a sustainable way. MRG was already doing this in the early 1980s, at a time when most organizations still had specialist staff who attended advocacy events and the actual voices of survivors of human rights abuses were still rarely heard in Geneva or New York.

Although this is clearly the right approach, it does come with costs and risks: everything from difficulties getting visas to the risk that a spokesperson may say something deeply undiplomatic, putting in doubt MRG’s continued ability to bring people to the same forums in future. MRG worked hard to overcome these potential downsides, proving that it could be done and showing that decision makers reacted very positively to the authenticity, directness and impact that this brought to proceedings. Doing advocacy in this way is now common practice.

MRG’s ability to change has been helped by the fact that it has stayed small. There have never been more than four layers of staff, so only ever two people between the most junior staff member and the director. It has also been blessed with senior managers who tend to avoid hierarchies and who are willing to listen. The fact that MRG has, at times, straddled the divides between the development, anti-racism and human rights sectors has meant that we have been exposed to methods from all three. From Operation Black Vote in the UK, to participatory rural appraisal, to gender mainstreaming and multiple discrimination, MRG has absorbed lessons from imitating others or from recruiting staff who have experience using other methods. 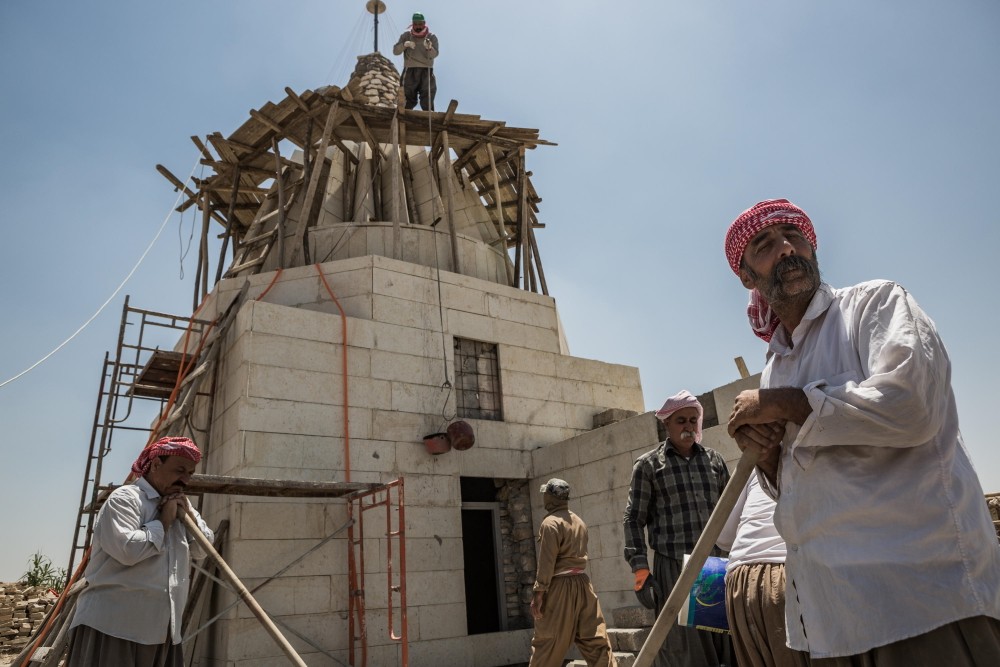 From early on, MRG has also committed not only to evaluate all its programmes, but also to make all the evaluations publicly available – a decision that continues to set us apart from most other organizations in the development and human rights sectors. MRG managers communicate to staff (and, importantly, really mean it) that if our work includes no mistakes, nothing that could be done differently and better, then we are not doing a good job. It would mean that we were not taking risks, not trying new things, not listening and not learning. Indeed, donors have themselves responded positively, with feedback suggesting that reading evaluations with honest assessments of what could have been done better is refreshing and reassuring: this ability to critique our own programmes shows that MRG is well run and committed to continuous improvement. MRG staff work hard to ensure that lessons learnt from evaluations in one area are fed into new programme designs, with a series of potentially replicable ‘Learning from evaluation’ points discussed at Council meetings and shared with all staff.

MRG is not at the forefront of every area of innovation, of course. Our small staff and project-based funding make it harder to invest significant time in innovations that have significant upfront costs, such as new technologies and social media. MRG’s size and structure make it more suited to incremental changes that often involve developments out of existing practices, rather than rapid, radical new departures. We are happy to allow other larger, better funded organizations to explore expensive new developments and then learn from their progress.

MRG’s work has also been distinctive in our focus on social and economic rights, such as education and health, at a time when these areas were receiving little attention elsewhere. This still holds true for our work on cultural rights and the use of culture to achieve improved human rights. Again, this stems from the fact that culture is an essential element of what being a member of a minority or indigenous community is all about. It also arose because MRG was aware that social attitudes were falling well behind legal or policy changes – legal reform was important, but without work to transform prejudices on the ground, discrimination would persist regardless.

This is illustrated by the situation of Dalits in India. Although discrimination against Dalits has been illegal for decades, in practice it continues on a daily basis because it is embedded in social attitudes. To challenge discrimination, you need to engage directly with individuals and encourage them to reconsider views they have often been taught since they were children. This insight led MRG to run a series of ground-breaking street theatre programmes that engaged audiences with humorous and thought-provoking plays that also pushed them to rethink their own assumptions, with the majority of audience members retaining the key messages long after.

MRG will continue to listen to the communities it serves, and work in ways that push human rights systems adapt to and meet their needs, and not vice versa.