Minority Rights Group > Law and legal cases > Memedov v. North Macedonia: The importance of access to justice and a missed opportunity to make a finding on racially motivated police brutality

Memedov v. North Macedonia: The importance of access to justice and a missed opportunity to make a finding on racially motivated police brutality 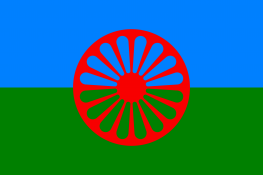 By Lara Domínguez, Head of Litigation and Andrea Spitalszky, Legal Officer at MRG

On 24 June 2021, the European Court of Human Rights (ECtHR or the Court) delivered a judgment in the Case of Memedov v. North Macedonia (Application No. 31016/17). The case concerns Mr. Memedov (the Applicant), a man of Roma origin who was the victim of racially motivated police brutality and in whose case the North Macedonian authorities failed to conduct a proper investigation. Although the Court found that North Macedonia had breached its obligation to investigate the possible racial motives of the beating Mr. Memedov received during his arrest (a violation of Article 14 (prohibition of discrimination), read in conjunction with the procedural limb of Article 3 (freedom from inhuman and degrading treatment) of the European Convention on Human Rights (the Convention)), it concluded that the Applicant had failed to establish that the arrest and alleged police abuse were racially motivated (a violation of Article 14, read in conjunction with the substantive limb of Article 3).[1]

Mr. Memedov was represented by the European Roma Rights Center (ERRC). In its application to the Court on behalf of Mr. Memdov, ERRC argued, inter alia, that he was a victim of institutional discrimination under Article 1 of Protocol 12 of the Convention. In November 2018, MRG submitted a third-party intervention in the case, focusing on the relationship between Article 14 and Article 1 of Protocol No. 12 and the standard of proof that should apply in cases of institutional discrimination.[2]

Background of the Case

Mr. Memdov’s arrest took place on 5 May 2013, on the eve of the Romani holiday of Hederlezi, in the Roma neighbourhood of Topaana in Skopje. Police officers – including members of the so called ‘Alfa’ urban street crime unit – raided the neighbourhood in search of a convicted fugitive. During the raid, police clashed with local residents, prompting additional officers to be called to the scene. Official accounts about what unfolded during the raid and subsequent clashes are at odds with those provided by local residents.

Mr. Memedov – a staff sergeant serving in the Macedonian army at the time of the incident – was at a local shop in the vicinity of the raid. Police entered the shop, hurling racial slurs, and physically attacked those present on suspicion of having participated in the clashes with police. Mr. Memedov was among those who were beaten by police with batons and arrested. He neither resisted his arrest nor attacked the police officers. As Mr. Memedov was being beaten, police officers insulted him on account of his Roma origin. The assault was captured on CCTV. Mr. Memedov was taken into police custody with ‘visible injuries on his arms, neck and back’, according to the police records. On the next day, he was brought before an investigative judge and was subsequently released. Charges were later dropped against Mr. Memedov and the others who had been arrested alongside him for lack of evidence.

Following his release, Mr. Memedov filed a complaint with the Sector for Internal Control and Professional Standards within the Ministry of the Interior of North Macedonia, alleging that his arrest and the police abuse were due to his Roma origin. In 2014, Mr. Memedov lodged a criminal complaint against the police officers for, inter alia, ill-treatment, torture, violence and racial discrimination. Due to constant police harassment following his criminal complaint, including police presence around his house and frequent threatening phone calls, in November 2014, Mr. Memedov and his family fled Macedonia to seek asylum in Germany.

In parallel, Mr. Memedov initiated compensation proceedings against the Ministry of Interior, claiming that he had been a victim of racially motivated police abuse. His claim was dismissed at both the first and second instance. The civil proceeding initiated by Mr. Memedov against the prosecutor’s office, claiming compensation for non-pecuniary damage resulting from the failure to investigate his allegations of police brutality, was also dismissed by the national courts.

In 2017, due to the lack of progress in any of the domestic proceedings, Mr. Memedov filed an application before the ECtHR. It was only in 2019 that the first-instance public prosecutor in North Macedonia rejected Mr. Memedov’s criminal complaint finding no evidence that the police officers had used physical force against him or that they had otherwise caused him mental suffering with respect to his Roma origin. In 2020, the higher public prosecutor dismissed Mr. Memedov’s appeal and confirmed the first-instance prosecutor’s decision.

In the judgment the ECtHR delivered on 24 June 2021, the Court found that North Macedonia violated Article 14 of the Convention read in conjunction with Article 3 in its procedural aspect. The Court concluded that North Macedonian prosecuting authorities, as ‘the sole authorities with competence to investigate possible racist motives, failed to comply with their duty to take all possible steps to ascertain whether or not a discriminatory attitude might have played a role in the events.’

However, the Court found that there was insufficient evidence that the police raid, which law enforcement maintained had been in response to the violent reaction of the local residents following the arrest of a convicted fugitive, was influenced by the residents’ Roma origin. In its judgment, the Court stated that ‘the general information from international fora about the alleged police abuse of Roma in the respondent State does not show that Roma communities are confronted with institutionalised racism’. Furthermore, the Court noted that ‘while potentially relevant, it is an insufficient basis for a conclusion of racially motivated police abuse regarding the concrete events in the present case’. Accordingly, the Court held that there had been no violation of Article 14, read in conjunction with the substantive limb of Article 3, which would have required establishing that the Applicant’s Roma origin was a causal factor in his arrest and treatment by police officers.

The Court declined to examine Mr. Memedov’s claims of institutional discrimination under Article 1 of Protocol 12.

This outcome is unsatisfactory, not least because it suggests that the discrimination Mr. Memedov experienced was limited to the authorities’ failure to investigate and did not extend to the treatment itself, which is at the heart of racially motivated police abuse. This is disheartening because what happened to Mr. Memedov is not an isolated incident – it is part of a broader pattern of discrimination experienced by members of the Roma community at the hands of the police in North Macedonia (and elsewhere in Europe). Failure to investigate is thus symptomatic of an institutional culture that treats Roma lives as though they are less worthy of protection, allowing racially motivated police abuse to take place with impunity.

The murder of George Floyd in the United States and the death of Stanislav Tomaš – a Roma man who died shortly after a policeman kneeled on his neck for several minutes on 19 June 2021 in Teplice, Czech Republic – are egregious examples of a much deeper problem. These incidents underscore why allegations of racially motivated police brutality must receive particular attention and speak to how pervasive and entrenched the problem is. According ERRC, police abuse against the Roma is common and ‘the growing volume of evidence points . . . to the resilience of anti-Roma racism within police forces right across Europe, where the failure to ‘serve and protect’ without prejudice would seem to be the rule rather than the exception’. Widespread and rising antigypsyism is at the heart of these cases. Tackling institutional discrimination by law enforcement (whether in the United States, Europe or elsewhere) therefore requires concrete and deliberate responses from policy-makers and judicial authorities.

While MRG welcomes that the ECtHR found discrimination in relation to North Macedonia’s failure to investigate the possible racist motives in Mr. Memedov’s case, it regrets that it disregarded Mr. Memedov’s claims and arguments, and the evidence presented that the police brutality itself was racially motivated. The Court also failed to grapple with MRG’s intervention on the appropriate standard of proof in relation to claims of institutional racism in police brutality cases and the weight that should be given to credible statistical evidence of disparate impact.

MRG has been working for years to ensure access to justice for the Roma community and to build their trust in courts and State institutions that routinely discriminate against them. Currently, we are undertaking projects in Serbia, Hungary, Croatia and Bulgaria which aim to map the fields of discrimination and the obstacles that the Roma encounter in accessing justice. As part of these projects, MRG’s local partners provide members of the Roma community with free legal aid and support them in reporting discrimination before each country’s respective national equality bodies.

Redress for these violations also necessarily entails taking steps to identify and tackle institutional discrimination at a systemic level. It is critical for governments to investigate why differences in policing outcomes are taking place and to design policies and procedures that will enact the systemic reforms needed to tackle institutional discrimination head on. As part of this process, States must collect disaggregated data and statistics on policing outcomes on the basis of ethnicity and create spaces for dialogue with affected communities to build trust and listen to what they have to say. Doing so is the only way for law enforcement institutions to monitor whether their policies and practices are disproportionately impacting members of minority groups.

[2] Arguing that institutional discrimination is akin to indirect discrimination in that it does not require intent to discriminate, MRG maintained that credible statistical evidence of disparate impact should be sufficient to shift the burden of proof onto the respondent State to establish that the difference in treatment and/or outcomes is objectively reasonable.