The Chin are of Sino-Tibetan origin and inhabit a mountain chain which roughly covers western Burma through to Mizoram in north-east India (where they are related to the Mizos, Kuki and others) and small parts of Bangladesh. They are not a single group, but are in fact composed of a number of ethnic groups such as the Asho, Cho, Khumi, Kuki, Laimi, Lushai and Zomi, each with their language belonging to the Tibeto-Burman language branch. A mountain people by tradition, though this has been changing, perhaps 80 per cent of the Chin are Christians, while most of the remaining population are mainly Buddhists or animists, and according to some, a very small Jewish sect.

As with other minorities, their numbers in Burma are subject to uncertainty because of the absence of reliable demographic statistics since before the Second World War, though most current estimates suggest there may be between 0.5 and 1.5 million Chin living in Chin State and Sagaing in the north-west of Burma.

The Chin was one of the ethnic groups that signed the Panglong Agreement of 1947, with its promise of a federal structure in the new independent Burma. This was never fully implemented and contributed subsequently to the slide into civil war between the state and some of these groups within a decade, and particularly after the 1962 coup d’état by General Ne Win.

While initially not among the main ethnic groups in rebellion against central authorities, a Chin insurgency did emerge after the 1988 crackdown on the democratic movement. The brief hope offered during the 1990 elections, which saw a number of Chins elected, was quickly smashed by the State Law and Order Restoration Council (SLORC) with the arrest of Chin MPs and banning of all Chin political parties such as the Chin National League for Democracy, the Mara People’s Party and the Zomi National Congress.

The presence of the army after 1990 exploded exponentially in Chin State from one to ten battalions, accompanied by massive loss of traditional lands and the fleeing of many Chin to India and other countries to escape slave labour and other violations of their rights at the hands of the military.

Until 1990 Chin could generally practise their non-Buddhist beliefs with little interference; since then the military regime appears to be involved in attempts to coerce some Chin to convert to Buddhism and to prevent proselytizing by Christians by, among other things, destroying churches, harassing, arresting and even abusing pastors.

The Chin appear to have been particularly targeted for severe measures because most of them are Christians. Churches were closed and religious symbols such as crosses removed from the top of mountains near Chin communities; church services were disrupted by soldiers and there were physical attacks on pastors.

The use of forced labour by the army affected many Chin in the north-west part of the country, but it appears that in the 1990s forced labour was specifically targeted against Christian Chin in order to coerce them to convert to Buddhism. Local authorities have also recruited Chin children to receive formal education in cities, but these (Christian) Chin would be sent to monasteries where they received Buddhist teachings against their will.

While the Chin language had been used for the purposes of education to some degree in the past, this had been all but extinguished in the last few decades. From the mid-1990s, all teachers in high schools have been instructed to use only Burmese as language of instruction. Private elementary schools teaching in Chin had existed in many areas because of the limited number of state schools available for the Chin population in Chin State, but the military regime started to ban these schools in 1998.

There have been consistent reports of Chin people being recruited as forced labour, arrested arbitrarily and tortured. The forced labour is particularly problematic as it takes farmers away from their fields, leaving residents unable to afford food, healthcare or education. They may then be obliged to take out loans, incurring personal debt to pay for basic services.

The Chin Human Rights Organization has reported that Chin Christians continue to face discrimination and persecution by the government, including forced evictions, threats of arson, bans on religious gatherings and assaults.

They have also reported funding disparities between Buddhist-centric schools, Na Ta La, that are supported by the Ministry of Religious Affairs, and other public schools that are seriously underfunded. Chin Christians attending such Buddhist schools will face direct and indirect pressure to convert.

The Chin National Front signed the Nationwide Ceasefire Agreement in October 2015.  Representatives said that the situation facing ethnic Chin in Chin State had improved since the initiation of the peace process. 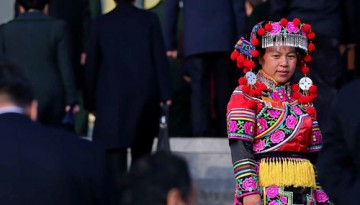