Like many ethnic classifications in Burma, ‘Karenni’ is a collective term constructed during the colonial era that does not represent a single ethnic group. Karenni, sometimes also known as the Red Karen (so-called because it was a favoured colour in traditional clothing) or Kayah, actually refers to a Karen grouping which includes a number of ethnic groups that speak related Tibeto-Burman languages such as Kekhu, Bre, Kayah, Yangtalai, Geba, Zayein and Paku.

Their exact numbers are difficult to assert because of the absence of reliable statistics: one plausible estimate is that they may number some 250,000 people. Many Karenni are concentrated in Kayah State, between Shan State to the north-west and Karen State to the south-west. There is also a sizeable Kayah-speaking population in Shan State. It is generally thought that most Karennis are Christians, though a large percentage of the population is Buddhist.

The Karenni live not only in Burma’s smallest state, but also its least developed region and one of the most closed, since foreigners remained largely unable to visit this part of the country.

The ancestors of the Karenni are thought to have migrated into the region of Kayah State in the first millennium BCE after migrating to Tibet and China from their original homeland somewhere in Central Asia.

Partly because of their location between the Burman kingdom and the principality of Chiang Mai, Karenni traditional rulers, known as Saophyas or Sawbwas, were able in the nineteenth century to operate with a high level of independence. The British government concluded an agreement in 1875 that recognized the de facto existence of four western Karenni states separate from Ministerial Burma, while the eastern Karenni state of Kantarawaddy, dealt with as a tributary of the Burman kingdom, was annexed by the British in 1888 following a confrontation with its Saophya.

The Karenni states were thus continuously dealt with by British authorities as distinct from ‘Burma proper’, and were administered by the colonial government of India as part of the Frontier Area. Despite this differential treatment of Karenni areas, the colonial government of India started to give indications in the years leading up to Burmese independence that it favoured integrating the Karenni states with Burma.

Still, their semi-independent status outside of Ministerial Burma led to the Karenni being treated differently from most other minorities in the Panglong Agreement, despite their relatively small numbers. Although Karenni representatives did not participate in formulating the document, or agree to it, it provided for a separate Kachin state within soon-to-be-independent Burma. Thus the Karenni states became part of Burma, though according to the 1947 Constitution, they were to be reconstituted into one state with a right of secession after 10 years.

The violent conflict in this part of Burma began soon after, due in part to tensions between pro- and anti-integration Karenni, as well as the murder by Burmese military police in August 1948 of a Karenni leader in favour of complete independence, U Bee Htu Re. Karenni resistance to Burmese authorities has been fierce, and so has the in-fighting between Karenni factions. A ceasefire agreement was concluded with two groups, the Karenni Nationalities People’s Liberation Front (KNPLF) and the Kayan New Land Party, in 1994, and with the Karenni National Progressive Party (KNPP) in 1995, though the latter has subsequently broken down due to logging and mining rights claims.

The situation of Karenni did not improve markedly in the ensuing years. As much as a third of the population in the state of Kayah were displaced, especially after the breakdown of the ceasefire with the KNPP, with an estimated 20,000 of them fleeing to Thailand. There were some reports suggesting that more than 2,500 villages had been destroyed or their inhabitants forced to relocate by the Burmese military regime.

These displacements, and the presence of large numbers of Burmese military – with the accompanying claims of forced labour, land confiscation without compensation, involuntary relocation, torture, arbitrary executions, sexual violence and other violations of the rights of Karenni –all contributed to a dire situation for the small population of Kayah State, with widespread malnutrition, poor health and lack of education opportunities.

The development opportunities that were hoped for after the 1995 ceasefire failed to materialize for most Karenni. On the contrary, benefits from the mineral reserves in the state’s south, or logging, by and large bypassed them. Logging of teak and other timbers was often either done illegally, or permitted by Burmese authorities in complete disregard of any pre-existing land or usage rights of the indigenous Karenni, and the same goes for most mining activities. This had led to serious environmental degradation and deforestation, seriously hampering many of the Karenni’s traditional agricultural and economic activities.

Other challenges for the community included the development of megaprojects such as hydro-electric dams, swallowing up large tracts of prime farmland and in the process displacing thousands from their homes and livelihoods. Ongoing offensives since 2002 by the Burmese military, ostensibly to clear out villagers in the Karenni–Karen border areas and relocate them in areas under military control, was also regarded by many as a means for the SPDC to control some of the region’s valuable natural resources – not least linked to the construction of dams on the Salween.

In Karenni State, hydro-power and mining development has increased the militarization and displacement of Karenni peoples.  In 2011 alone, 114 villages were flooded, 12,000 were displaced and an estimated 18,000 landmines were planted. Local communities were subjected to forced labour, sexual violence, extrajudicial killings and prioritized water scheduling leading to crop destruction. In the case of the Shweli dams in Karenni State, villagers were ordered off their land by the military and given a three-year ‘grace’ period, with inadequate compensation. Eighty per cent of the local population still has no access to electricity.

While the Karenni National Progressive Party (KNPP) signed a preliminary ceasefire with the government in 2012, mining licences continued to be granted in conflict areas of Karenni State, and villagers reported increasing land confiscation by the military.  KNPP was not signatory to the Nationwide Ceasefire Agreement of 2015. 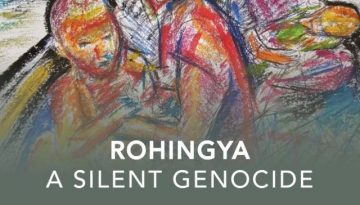 The most persecuted people on Earth? Responding to the ‘silent genocide’ of the Rohingya

Ahead of elections MRG calls on Burma to address marginalisation of minorities.