Nuristanis arrived in Afghanistan fleeing the eastward spread of Islam. They speak a unique Indo-European-language. Nuristanis were conquered by Amir Abdur Rahman Khan in 1895-96 and were obliged to abandon their ancient religious beliefs in favour of Islam. They reside mainly in the east of the country – between the Pashtun tribes of Kunar, Kalash in Pakistan’s Chitral, and Tajiks of Badakhshan in the north. Nuristan (‘land of light’) is located on the southern slopes of the Hindu Kush mountain range and is spread over four valleys, with each valley having its own distinct language/dialect: Kati, Waigali, Ashkun and Parsun.

Nuristan has very little arable land, the vast majority of the territory being covered by forest. The main base of the economy is animal husbandry – mostly goat-herding. While maize and barley are grown in small quantities, the Nuristani people survive mainly on subsistence agriculture, wheat, fruit and goats. Very few Nuristanis have had access to education. Yet, among those who have travelled to Kabul and been able to gain access to schools, some have gained prominence as well-known figures in the army and the government in Kabul.

The Nuristanis’ scattered settlement is another result of Amir Abdul Rahman’s late-nineteenth-century expansionism. During his rule, what was then called Kafiristan (‘kafir’ meaning non-believer as Nuristanis did not convert to Islam until the twentieth century) was renamed as Nuristan (‘land of light’) after the forced Islamization of the community. Nuristanis are still sometimes referred to as ‘Kafir’. Some Nuristanis claim to be descendants of Alexander the Great and his forces.

Nuristani men and women follow a strict division of labour with the men working in livestock herding, while the women work on grain production or irrigated terraces.

The province was the scene of some of the heaviest guerrilla fighting during the 1979-89 Soviet invasion and occupation of Afghanistan. Nuristan is still used as a route by Taliban into Khyber Pakhtunkhwa of Pakistan.

Nuristan’s distinctive cultural heritage was under considerable threat during the period when the Taliban controlled Kabul. A collection of life-size wooden sculptures dating back to the 18th and 19th centuries was smashed by the Taliban in 2001 in their effort to destroy artistic expressions of the human form, as well as evidence that parts of Afghanistan had in fact followed other faiths than Islam until relatively recently. The collection had been brought back by the forces of Amir Abdul Rahman and housed at the National Museum. The statues depict ancestors as well as animistic and polytheistic divinities. Although some remain lost, others were hidden away by museum staff. Fourteen sculptures could be carefully restored and incorporated in an inaugural display at the newly reopened museum in 2004.

The Constitution recognizes Nuristanis as one of the national minorities entitled to Afghan citizenship. However, Nuristan remains isolated and poverty-stricken, and due to the lack of regional institutions, there is a widespread lawlessness.  As a geographically remote region, it has been difficult to establish a central government presence, and after it was virtually abandoned by NATO in 2009, many areas of Nuristan have come under the control of the Taliban.  A Nuristani provincial governor commented that Nuristan province has been largely neglected by NATO and the central government as a symptom of long-term neglect and discrimination of the Nuristanis as an ethnic minority, who have not been able to represent themselves adequately in Kabul. In 2017, fighting between Taliban and ISIS erupted in the province, following a concerted effort by ISIS to recruit followers there.

Neglect from the central government as well as continuing violence and insecurity has produced extremely poor health, maternal health and education indicators.  In March 2017, measles outbreaks reportedly killed 70 children in Nuristan province and schools were closed due to fear of an imminent Taliban siege in May. Community members reported a serious lack of qualified teachers and education facilities. 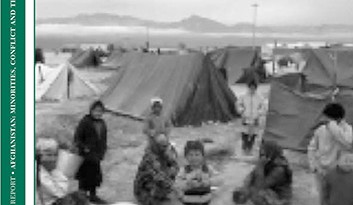 Afghanistan: Minorities, conflict and the search for peace