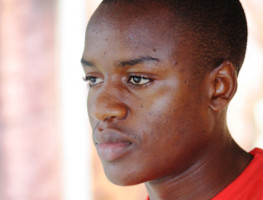 This programme focused on strengthening the capacity of members of five non-Tswana tribes, their representatives and civil society partners with them to understand, protect and advocate effectively for the full recognition of their rights. This programme had the overall objective of reducing discrimination against and lack of recognition of members of minority tribes in Botswana.

Botswana is home to eight Tswana tribes and around 37 non-Tswana tribes. Since independence in 1966, the government of Botswana has sought to emphasise the homogeneity of Botswana and pursued what it calls a policy of racial neutrality, downplaying the importance of ethnicity as reflected, for example, in the fact that information on ethnicity is not collected in the national census.

Unfortunately, such racial neutrality, viewed by successive governments as a necessary means to ensuring Botswana’s peaceful development, has not been rooted in fundamental principles of non-discrimination and equality. Instead it has largely favoured the status quo that existed prior to independence and, as such, continued the dominance of the eight Tswana tribes.

Minorities and indigenous peoples in Botswana face multiple challenges at the heart of which lies the issue of their identity and their visibility. For example:

Who funded this programme?

This programme was funded by the European Union.

This evaluation found that the project had been largely successful although advocacy objectives had been hampered by numerous changes of personnel in key policy positions during the project. The evaluation team concluded that:

‘The project has been successfully implemented to achieve long term goals past project funding. It is expected that trained beneficiaries continue to use their acquired skills and knowledge to advocate for the rights of their community members and train other members to distribute knowledge on human rights, wider advocacy and paralegal training.’

‘RETENG and DITSHWANELO’s local networks and knowledge of Botswana tribes extend to isolated rural settlements, and through their role they were able to ensure identification of beneficiaries not only catered for large village members but for small and isolated village members.’

Recommendations included looking carefully at the sequencing of training to ensure that there were not long gaps between events and measures to address factors that were outside of the project’s control including floods and failure of communication infrastructure in some project locations during the project period as well as the repeated changes in duty bearer personnel mentioned above.