South Asia: Protecting and promoting freedom of religion or belief 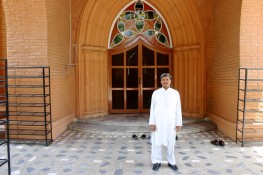 This project aimed at protecting and promoting freedom of religion or belief by supporting human rights defenders in Pakistan, Bangladesh, India and Sri Lanka.

We supported these human rights defenders to monitor and document violations of religious freedom and to advocate for religious tolerance with key national and international decision-makers, for example at the United Nations level.

South Asia presents a challenging context for securing freedom of religion. Religious minorities are specifically targeted for their beliefs and at the same time the discrimination and/or persecution they suffer greatly compromises their freedom of religion.

Discrimination against religious minorities is deeply entrenched within the society of each of the countries, fostering a culture of impunity towards human rights abuses.

While each country is very different, broadly speaking religious minorities in this sub-region are facing attacks, violence, hate speech, land-grabbing, discrimination in public life (such as employment, education and access to justice) and violations of the right to freedom of religion.

This programme was funded by SIDA.