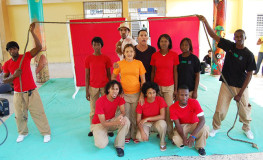 This evaluation centers on the MRG street theatre initiative, a project undertaken in Botswana, Dominican Republic, Kenya, and Rwanda using a drama and theatre approach to development. MRG and its country partner used this method to challenged commonly held racist attitudes and negative stereotypes of minority populations within their communities; this was the first programme of its kind for MRG. The program had unprecedentedly successful results, with nearly 60,000 people viewing the plays as opposed to the anticipated 5,200. The discussions before and after performances engaged some members of audiences in considering their own behaviour. This is an important aspect that is hard to gauge from simply assessing data. On this experience, the evaluator wrote that “they also were struck by the power of seeing discrimination and conflict demonstrated rather than only being talked about which differentiated the MRG/partners’ approach from others.”

The programme was most effective in building the confidence of minority groups to articulate their situation among other groups to challenge these racist norms. If the project were to be completed again, more time should be ensured to allow for a participatory programme design process, including partner capacity assessment and country context to identify linkages to benefit the program’s impact. The project could also have marketed the performances more effectively, demonstrating the available resources to these communities in order for them to continue this work on their own. Finally, performances could have been promoted at special events, particularly press conferences, to increase attendance.

View a film Say My Name we produced as part of this project: