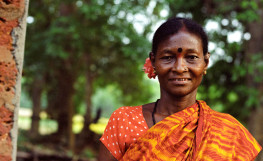 The International Decade for People of African Descent was officially launched by the United Nations General Assembly in 2015.

This Afro-Descendants: A Global Picture story pack highlights the marginalized histories, current challenges and future prospects of Afro-Descendant communities in the Americas, Asia, Europe and the Middle East and North Africa. Drawing on a range of case studies, it seeks to highlight the invisibility and discrimination that persist for people of African descent to this day, as well as celebrate their achievements as activists, artists and citizens.