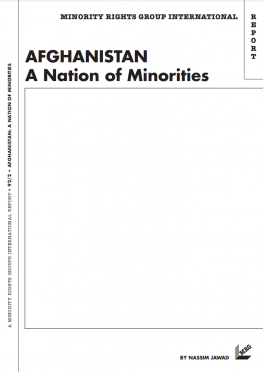 Afghanistan, on the crossroads of Asia and the Middle East, today has reached a crossroads in its history. For over a decade Afghanistan has been embroiled in a vicious war, fuelled by internal tensions, aided by invasion and intervention by outside powers. The result has been over one million Afghans killed, hundreds of thousands disabled and five million refugees. Can its peoples forge a new future together?

Afghanistan: A Nation of Minorities addresses this vital question. Nassim Jawad’s survey covers the mosaic of ethnic and religious groups, Afghan history, the roots and course of the present conflict, the politics of aid and prospects for the future. The report concludes with a series of constructive recommendations on Afghanistan’s immediate needs and long term development.

Afghanistan: A Nation of Minorities reports on a state whose people have faced death and destruction on a massive scale. It is essential reading for agencies concerned with aid, development, refugees and human rights, decision makers inside and outside the region, the media, and all those interested in Afghanistan and its future.