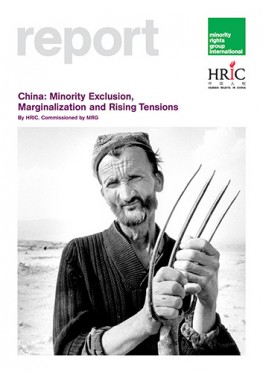 China’s rapid economic transformation has exposed the intrinsic and historical problems of the government’s policies towards ethnic minorities. The report focuses on three groups – the Mongols of the Inner Mongolia Autonomous Region (IMAR), the Tibetans of the Tibet Autonomous Region (TAR) and the Uyghurs of the Xinjiang Uyghur Autonomous Region (XUAR). With areas minority groups inhabit under ‘autonomous’ control, within the People’s Republic of China (PRC), outsiders might expect that such a governance system would allow these groups to be able to shape their own lives. However, ethnic minority individuals continue to be excluded from real political participation, they have little say in the governance of their communities, and minority women fare even worse than minority men.

The human rights situation remains serious for all those living within China’s borders, but ethnic minorities such as the Mongols, Tibetans and Uyghurs face challenges on multiple fronts. Despite the autonomy system, minorities are bearing the disproportionate costs of development and are facing attacks on their cultural identities. Their lands are being exploited for gas and oil, and under the guise of the USA-led ‘war on terror’, increasingly militarized by the PRC government, as part of its response against perceived insurgency threats. Minority languages are largely being phased out of education in these autonomous regions, and minority individuals are often blatantly discriminated against in the job market.

This report is part of MRG’s conflict prevention campaign. The PRC government is not fulfilling its obligations under international law and domestic law. Its current methods of addressing the issues raised in this report will only heighten tensions and accumulate grievances, rather than building a peaceful society.