Cyprus: In Search of Peace 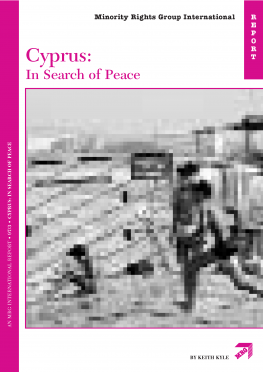 Since 1974, Cyprus has been divided both geographically and politically. With the Turkish occupation of the northern third of the island still in force, attempts at reconciliation between the Greek and Turkish communities have been fraught with difficulties. In addition to the polarization of the two main communities in Cyprus, MRG is concerned that the cultural survival of the island’s three smaller minorities – Maronites, Armenians and Latins – risks being overlooked. The Report therefore includes an account of these smaller communities and considers the provision that should be made to protect their minority rights.