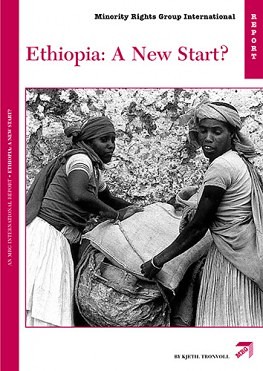 Despite having been equated with the ancient Abyssinian cultures of Amhara and Tigray for centuries, there are at least 80 different ethnic groups within Ethiopia. Until recently there has been little understanding of their cultures and traditions.

Ethiopia has traditionally been governed from the centre – one of the reasons for the growth of Eritrean nationalist movements, which led to the eventual independence of Eritrea. This centralization and oppression of different ethnic groups led to the Ethiopian People’s Revolutionary Democratic Front (EPRDF) coming to power in 1991, and promising that Ethiopia’s peoples would no longer live under a centralized system, which oppressed the majority of the population.

The new government went on to restructure the State, forming an ethnic federation with regional ethnically-based states, and to create a most radical and progressive Constitution. The Constitution guarantees ethnic groups a wide range of rights – including secession from the ethnic federation.

Yet the government is beset by claims from opposition parties, and national and international human rights organizations, that it is guilty of widespread violations of human rights. Furthermore, many ordinary Ethiopians are sceptical of the government’s agenda, questioning its commitment to promoting the rights of all ethnic groups.

The Report’s author, Kjetil Tronvoll, gives a balanced historical background to these issues, and covers some of the principal areas for Ethiopia’s social, economic and political development. The Report concludes with a series of recommendations aimed at the Ethiopian government and the international community.