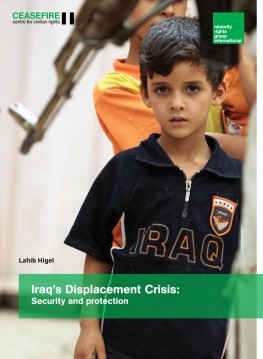 The report, Iraq’s Displacement Crisis: security and protection, provides an up to date overview of the situation of IDPs (internally displaced people) in Iraq since the ISIS onslaught and resulting conflict. The mapping of human rights abuses in this report is not restricted to those committed by ISIS, but includes those by all armed groups, including government forces, as well as international and local actors.This report explores the facilitation of returns to areas of origin as the process has started in all provinces of the country, although to a greater degree in certain governorates. Almost without exception, liberated areas are in need of reconstruction of basic infrastructure, property restitution and support to resume provision of public services and livelihoods.