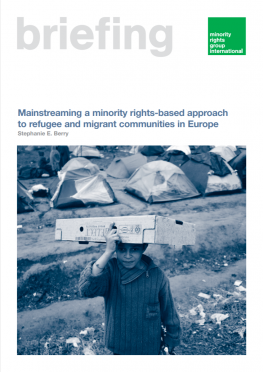 The combination of the migration crisis, the poor economic climate and the continued threat from terrorism has been blamed for increased hostility towards migration and migrants throughout Europe. Since the beginning of the crisis, with hundreds of thousands of asylum-seekers and migrants attempting to enter the European Union (EU) by land and sea, an increase in intolerance, xenophobia and hate crime has been reported, even in countries that have traditionally been tolerant towards migration.

Discrimination and hate crime towards migrants and their descendants, particularly those of Muslim origin, is now on the rise – and this growing intolerance is also directly affecting settled communities and traditional minorities such as Jews and Roma.

Against this background, far-right populist parties are gaining increasing influence within domestic politics, even in states where levels of immigration have traditionally been low. Negative political narratives and media representations directly shape the public’s perception of the threat posed by migration, and have driven the resurgence of a strongly anti-migrant politics across Europe even among centrist parties. However, by focusing on deterrence and the containment of migrants rather than protection and inclusion, policy responses to the migration crisis have the potential to increase public perceptions of insecurity and fail to challenge the root causes of intolerance.

The migration crisis has brought to the fore the challenges faced by European states confronted with mass influxes of vulnerable individuals who differ from the majority population in terms of ethnicity, religion or language. This briefing argues that the approach adopted by the majority of European states in response to these challenges not only violates the human rights of migrants, but that it inhibits successful integration and undermines societal cohesion more broadly. While the need to adopt integration policies that develop cohesive societies is widely acknowledged, in practice, migrant integration policies do not address identity as a cause of vulnerability, despite the identification of discrimination, prejudice and xenophobia as a barrier to integration. This publication therefore makes the case for a minority rights-based approach to migrant inclusion to support the development of diverse, unified and open societies across Europe.

To accompany the report, in November 2017, Minority Rights Group Europe and the Centre Maurits Coppieters brought together experts from around the world to discuss an often overlooked aspect of one of the most pressing issues of our time. The seminar sought to take a fresh look at the inclusion and integration of refugee and migrant communities in Europe today, with particular emphasis on minority rights, and the tense relationship between the principles of universal human rights and rights for people from specific groups.

Listen to this podcast below , which includes extracts from the seminar, Ideas for Europe ‘From Needs to Rights: A Minority Rights Perspective to Europe’s Refugees and Migrants

Photo: A Yezidi refugee boy protects himself against rain with a cardboard box at the Idomeni migrants’ camp in Greece. Credit: Iva Zimova / Panos.