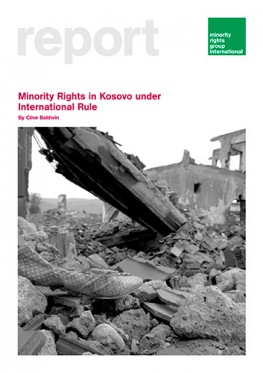 After seven years of international administration – the longest and most expensive since the creation of the UN – Kosovo remains one of the most segregated places in Europe, with thousands of displaced persons still in camps, and many ‘ethnically pure’ towns and villages.

The report discusses the failure on the part of the international protectorate to learn lessons from the past and to draw on the minority rights expertise available within the UN and other bodies. It shows how decision-makers have been unaccountable, and how the Constitutional Framework they have produced treats minority rights in a way that encourages segregation rather than integration.

As the future status of Kosovo is negotiated, the report calls for radical change away from the acceptance of patterns of segregation that lead to ethnic cleansing and towards minority rights guaranteed by the rule of law.

The report is essential reading for all those interested in understanding Kosovo and how to create a more hopeful future there, while its analysis also holds lessons for those working for the effective implementation of minority rights in other contexts.