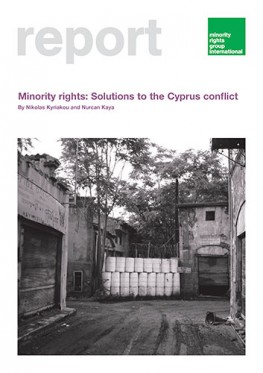 Attempts to resolve the ongoing conflict in Cyprus over the past forty years have been marked by one common feature: the systematic failure to recognize the presence of most minority groups on the island, and to involve them in conflict resolution processes and in drawing up plans for the island’s future status. This reflects the wider marginalization of minorities in both northern and southern Cyprus, who are effectively silenced within a discourse of competing Greek Cypriot and Turkish Cypriot nationalisms. Drawing on interviews with representatives from minority groups from both parts of the island, as well as on the wealth of literature that has grown up around the ‘Cyprus problem’, this report argues that minorities in Cyprus have a vital role to play in any future settlement, as well as in ensuring ongoing peace, prosperity and security on the island.