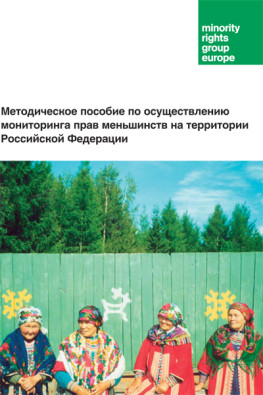 Russia is a country with remarkable levels of diversity including around 185 ethnical groups[1]. Its official policies and legislation recognize, and partially accommodate, the country’s multi-ethnicity. However multiple issues and irregularities appear on the level of implementation of the legal framework. Some groups in a particularly vulnerable position (e.g. persons originating from the Caucasus and Central Asia, Roma and indigenous peoples), while others are relatively unaffected by discrimination, enjoy some regional autonomy and have as primary concerns the preservation of their cultural and linguistic distinctiveness rather than protection from the violation of basic human rights. Among those who are most at risk are migrants, particularly those of ‘non-Slavic appearance’: they tend to experience difficulties in obtaining documents, which, combined with racial prejudice, often results in exploitation by employers, harassment by law-enforcement officials and arbitrary arrest, followed by poor conditions of detention and, at times, ill-treatment. Bureaucratic hurdles not only impair the legalization of the foreign labour force, but can also easily place in a position of illegality (and vulnerability) internal migrants (who simply move from one region of Russia to another) and persons without documents.

This situation makes monitoring and documentation of human rights abuse to be one of the key techniques applied by Russian non-governmental organizations (NGOs). Many of Minority Rights Group Europe’s (MRGE) partners regularly monitor detention facilities to check the conditions of stateless people, migrants and ethnic minorities. When national mechanisms of rights protection fail to be efficient, monitoring and submission of shadow reports becomes the key instrument for human rights NGOs to address human rights abuse. Considering this, MRGE produced the Monitoring toolkit – brief methodology guide for Russian NGOs on the monitoring and documentation activities. The publication addresses the main issues of organization of monitoring work and development of the reports. Also it covers the international advocacy angle describing the agencies which might be interested in receiving monitoring reports and the formats of cooperation with them.

This publication is funded by the European Union. This content is the sole responsibility of Minority Rights Group International and can under no circumstances be regarded as reflecting the position of the European Union