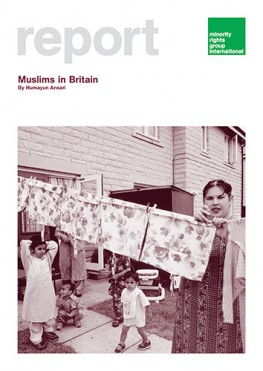 The situation of Muslims in Britain is one of the most pressing issues facing British society today. A rise in the number of attacks on Muslims in Britain, increasing threats to civil liberties in the name of security measures, a resurgence in the activities of the far right in Britain as well as elsewhere in Europe, and a crackdown on refugees fleeing persecution place serious questions over Britain’s commitment to minority rights. The purpose of this report is to explore Muslim experience in Britain and to call for legislative and policy change.

The author considers Muslims’ access to education, employment and housing, drawing upon new research and existing statistics as well as case studies and interviews. He discusses Muslims’ diverse and changing identities, their participation in politics at local and national level, their campaigns around education. He gives an outline of how Sharia law and English law conflict in some areas, but have been reconciled in others. Islamophobia and the media, and within the criminal justice system, particularly post-September 11th, are also examined.

Finally, the author examines existing human rights legislation in relation to Muslims in Britain and finds that they are, for the most part, unprotected. A set of recommendations proposes some steps that could be taken to tackle religious discrimination, Islamophobia in the media, and other issues of concern.