No War, No Peace: The Denial of Minority Rights and Justice in Sri Lanka 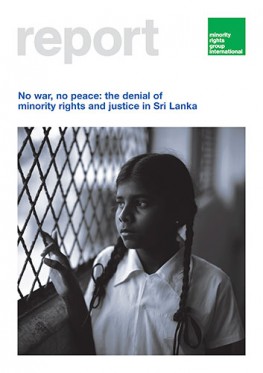 With the end of the conflict between Sri Lankan government forces and the Liberation Tigers for Tamil Eelam (LTTE or ‘Tamil Tigers’) in 2009, normality has returned for much of the population of Sri Lanka. But for members of the country’s two main minority groups – Tamils and Muslims – living in the north and east of the country, harsh material conditions, economic marginalisation, and militarism remain prevalent. Drawing on interviews with activists, religious and political leaders, and ordinary people living in these areas of the country, MRG found a picture very much at odds with the official image of peace and prosperity following the end of armed conflict.