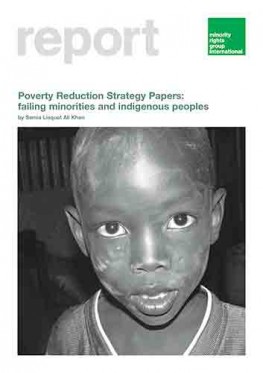 When they were first introduced more than a decade ago, Poverty Reduction Strategy Papers (PRSPs) were roundly welcomed. PRSPs were initiated in 1999 by the International Monetary Fund (IMF) and World Bank for the eradication of poverty in Heavily Indebted Poor Countries (HIPCs) and other low-income countries. Supported by the United Nations (UN), donor governments and civil society alike, they signalled a much greater role for those countries’ civil society organizations and community representatives in policymaking. Symbolically, the PRSPs represented a move towards a more just form of progress, and the recognition that economic growth alone is not sufficient in overcoming poverty.

However, research shows that PRSPs are failing to deliver. Millions of dollars, directed via governments and civil society, have been spent on development programmes that are having no real impact on the ground. Research suggests scant coordination between various stakeholders, while governments have lacked the technical capacity or shown little or no political will to engage civil society and take forward policies that benefit the poor and marginalized or take gender considerations into account. At the same time, the process has suffered from corruption and misuse of funds, with little accountability to the populations of recipient countries.