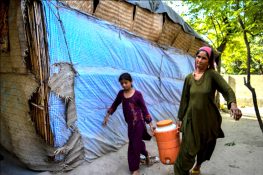 This online resource reports on violations faced by religious minorities in Pakistan, drawing on incident reports from local sources.

Groups such as Hindus, Christians, and Ahmadis, as well as sectarian minorities such as Shi’a, face multiple challenges including acute levels of discrimination and insecurity. This resource is part of a broader initiative focused on tracking and addressing various forms of violations.

According to Reports from Pakistan: Tracing the challenges of religious minorities, 2016 has not only seen violent attacks against Pakistan’s religious minorities, such as the Easter attack against Punjab’s Christian community, or the targeting of Hazara Shi’a in Balochistan, but also high levels of everyday discrimination providing a backdrop to these incidents.