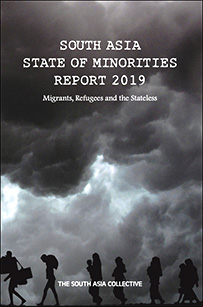 As conflict, persecution or the pursuit of better opportunities have led to increased migration throughout South Asia, our understanding of minorities must also evolve. The region’s religious, ethnic, linguistic and gender minorities remain marginalised from the mainstream of development, and experience violence from both state and non-state actors. Migrants, refugees and the stateless make up a disproportionate number of the poor and excluded in these countries, and it is these very minorities who disproportionately tend to become refugees or stateless. The South Asia State of Minorities Report 2019: Migrants, Refugees and the Stateless seeks to identify the different groups that have been denied, among other things, access to fundamental rights and services, and, in some cases, even recognition of their status. The report demonstrates how this impacts their everyday experiences and enables abuse of their human rights. The report presents six country chapters—Afghanistan, Bangladesh, India, Nepal, Pakistan and Sri Lanka—reporting on the condition of the migrants, refugees and the stateless population within their territories, while also providing recommendations to better protect their rights.

This report was produced under a joint collaboration between Minority Rights Group and the South Asia Collective, under the project ‘Supporting Religious Pluralism and Respect for Freedom of Religions or Beliefs across South Asia’ More information on this project can be found here.