State of the World’s Minorities and Indigenous Peoples 2010 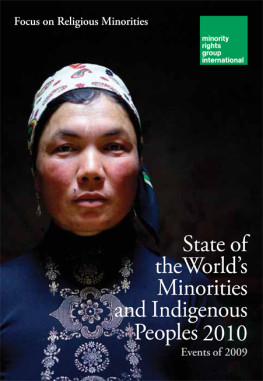 A decade into the new century sees religious minorities confronting serious violations of their rights around the globe. Following the violent attacks of 11 September 2001, governments of every political hue have used “war on terror” rhetoric to justify the repression of religious communities.

Other religious minorities have faced a violent backlash, often unjustly accused of siding with belligerents. In Africa, the Middle East, Asia and Latin America, armed conflict and land seizures have forced minority and indigenous communities away from locations central to their religious beliefs. Europe has witnessed gains by extreme rightwing political parties which are targeting religious minorities with their inflammatory language.

In Central Asia, governments have introduced tough new registration requirements for religious communities and prevented the building of places of worship. In State of the World’s Minorities and Indigenous Peoples 2010, Minority Rights Group International offers a comprehensive overview of the situation faced by minorities in a world increasingly divided along religious lines. It includes:

Filed Under: Religion, State of the World's Minorities and Indigenous Peoples