State of the World’s Minorities and Indigenous Peoples 2012 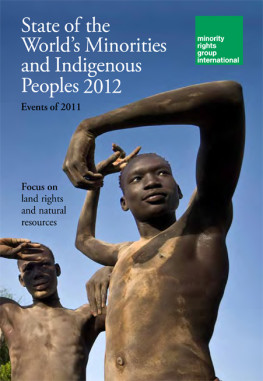 Natural resource development projects such as logging and dams, oil and mineral extraction and large-scale agriculture have been successful in generating vast revenues across the globe. But at what cost to minorities and indigenous peoples?

In its flagship annual publication, State of the World’s Minorities and Indigenous Peoples 2012, MRG documents hundreds of case studies about marginalized groups who have been adversely affected by exploitation of the resources found on, or under, their ancestral lands. It also considers land rights around the world.