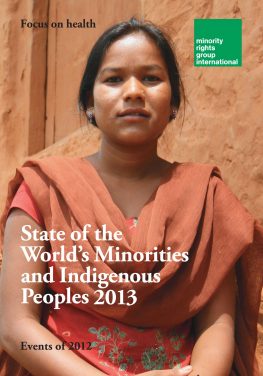 You can also read the global press release in Spanish.

State of the World’s Minorities and Indigenous Peoples 2013 presents a global picture of the health inequalities experienced by minorities and indigenous communities. The report finds that minorities and indigenous peoples suffer more ill-health and receive poorer quality of care.
The report is launched to coincide with a United Nations General Assembly meeting to follow up on efforts made towards achieving the Millennium Development Goals (MDGs), and says that ill-health and poor healthcare are often consequences of discrimination.

Filed Under: Health, State of the World's Minorities and Indigenous Peoples