State of the World’s Minorities and Indigenous Peoples 2015 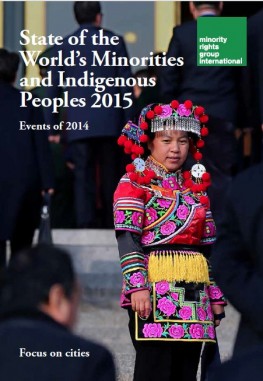 In a context of rapid growth, an increasing proportion of minorities and indigenous peoples are now living in urban areas. But while they offer the possibility of greater freedoms, improved livelihoods and more equitable opportunities, cities often magnify existing patterns of discrimination and insecurity.

This year’s edition of State of the World’s Minorities and Indigenous Peoples explores the many challenges communities face in urban areas, from segregation and lack of services to targeted violence and exclusion. Nevertheless, the volume also includes numerous cases of minorities and indigenous peoples achieving better social and political outcomes for themselves in cities, as well as examples of the substantial benefits their inclusion can bring to the entire urban population.

This edition is an essential resource for activists, urban planners, policy makers, researchers, media representatives and anyone interested in the current situation of minorities and indigenous peoples across the world.