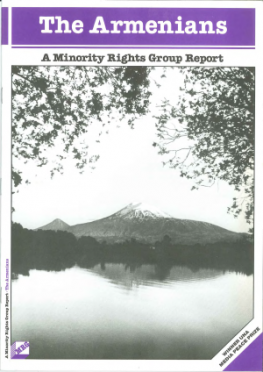 During the course of the First World War considerably over a million Armenians were slaughtered in one of the most horrific but least known genocides of recent history. The then government of Ottoman Turkey made a decision to liquidate their Armenian subjects as a people. Armenian conscripts into the Ottoman army were starved, beaten and machine gunned. Armenian intellectuals were murdered. In Armenian villages men were taken away and shot, while their women and children were rounded up and forced to walk southwards into the deserts, where many collapsed and died of hunger and exhaustion. The survivors were then incarcerated in open-air concentration camps, from which few emerged alive.