The Maya of Guatemala 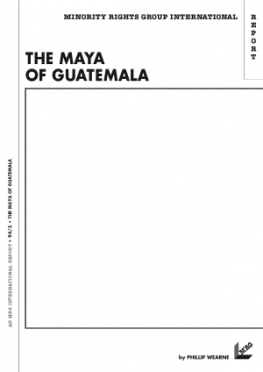 The survival of 21 different Maya speaking peoples in Guatemala is a living testimony to their powers of resistance. In recent years, the brutal conquest of their cities and mountain lands by Spanish conquistadores in the early sixteenth century, has been replayed in all its horrors. In the 1980s alone, the Guatemalan army is conservatively estimated to have murdered 20,000 Maya. Whole villages were wiped out, as at least 120,000 fled into Mexico and 500,000 became internal refugees.