Under threat: The challenges facing religious minorities in Bangladesh 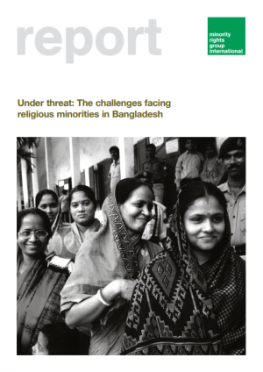 Since 2013, Bangladesh has experienced a series of violent attacks by extremists. The victims have included – besides atheists, secular bloggers, liberals and foreigners – many Buddhists, Christians and Hindus as well as Ahmadis and Shi’a Muslims. A large number of the attacks targeting religious minorities in particular have subsequently been claimed by the organization Islamic State (IS) – a claim vigorously denied by the Bangladeshi government, which has attributed the attacks to domestic militant groups. Regardless of their authorship, since the beginning of this new outbreak of violence, the authorities have visibly failed to ensure the protection of those targeted.

For religious minorities, who have borne much of the brunt of these attacks, this violence is the latest chapter in a long history of discrimination and segregation that stretches back to the country’s independence and the legacy of colonialism, the 1947 Partition and the bloody civil war in 1971 during which the Hindu population in particular was targeted.

This briefing, drawing on a detailed review of published sources, fieldwork by local rapporteurs and first-hand author interviews with a number of activists, lawyers and journalists, aims to provide a fuller picture of the complex challenges facing these communities and the need for a society-wide solution to the insecurity that has convulsed the country in the last few years.