Australia: As the Great Barrier Reef shrinks, Torres Strait Islanders have everything to lose

The Melanesian Torres Strait Islanders have lived on the islands north of Queensland for at least 10,000 years and are closely related to the nearby Papuan people of Papua New Guinea. Because of their marginal location, Torres Strait Islanders largely escaped the early excesses of European invasion and settlement until well into the nineteenth century, when a pearling and trading economy began to develop.

Following a long campaign for recognition of their land rights, beginning in the early 1980s, in 1992 the High Court upheld the claim. There were also campaigns for self- government, driven in part by the perceived neglect of the federal and Queensland state governments, and greater powers were subsequently devolved to the Island Councils and the Torres Strait Regional Authority (TSRA), established in 1994. 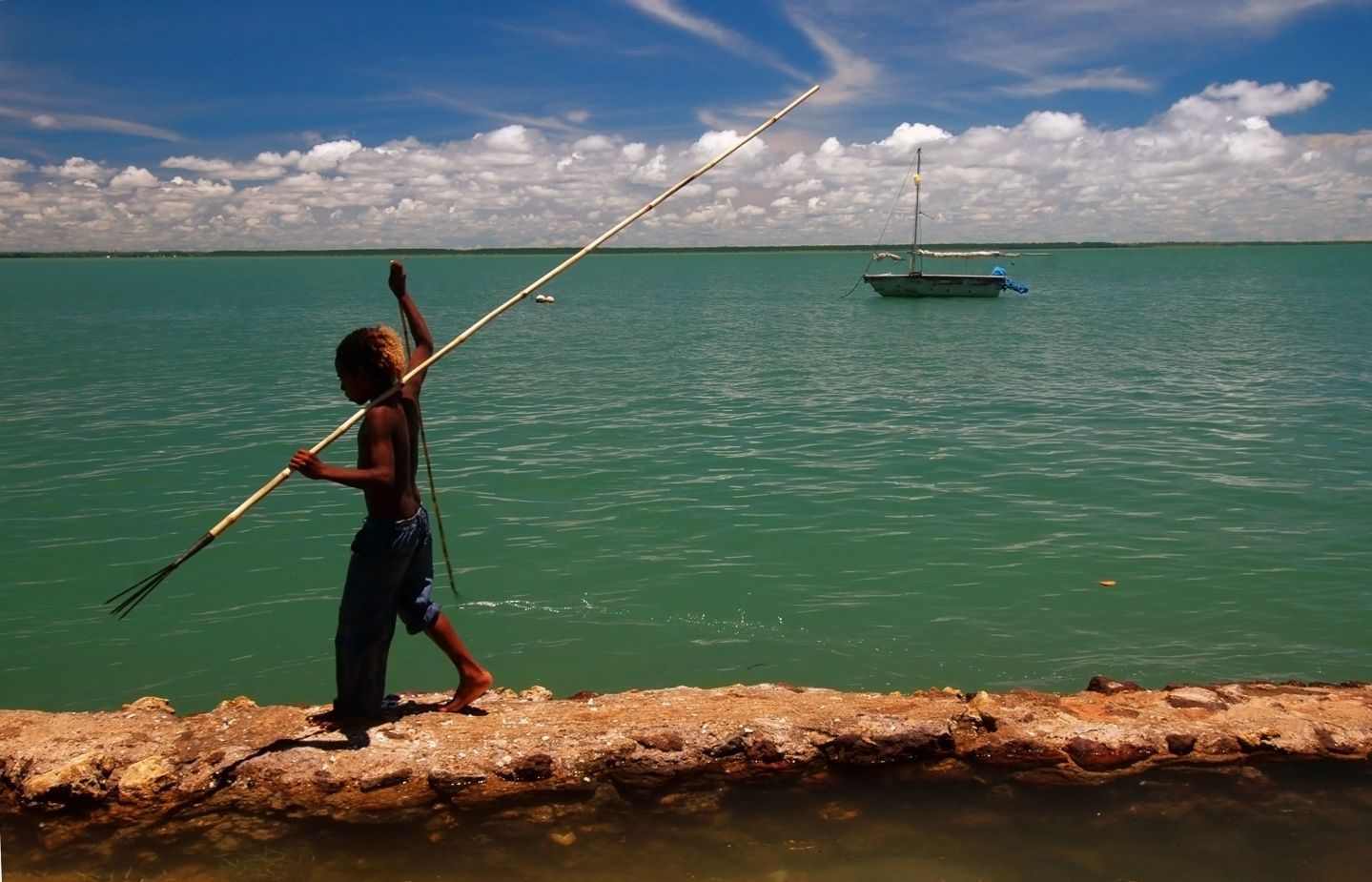 The contemporary economy is based on fishing, but much of the population is dependent on welfare services. Islanders have experienced discrimination and inadequate access to employment and services. Land issues have also posed problems. Compared to the rest of the country, Torres Strait Islanders continue to experience high levels of poverty and exclusion. For example, while in the country as a whole 31 per cent of homes are owned outright and only 30.9 per cent rented, on the Torres Strait Islands just 3.1 per cent are owned outright and the large majority (91.7 per cent) are rented. Together with Australia’s Aboriginal population, Torres Strait Islanders also face far poorer health outcomes, with a gap of almost 11 years in life expectancy between indigenous and non-indigenous Australians.

Now climate change is creating further challenges for the community. Rising sea levels, strong unpredictable winds, coastal erosion and high tides have become increasingly evident in the Torres Strait. In some areas, the impacts are already being acutely felt. In 2012, sacred sites and the cemetery on Saibai Island were flooded by very high tides. On Boigu Island, which is the northernmost community in Australia, the cemetery was threatened by ooding in July 2017 and sections of road washed away into the sea. These two islands are especially vulnerable and are facing inundation by high tides on an annual basis. The communities living on these islands are settled on smaller areas of land between the sea and swampy ground in the middle of the islands. Higher tides add to the water levels inland as well as along the seafronts. In February 2018, Yam Island was also hit, with king tides destroying houses and possessions, leaving families homeless. Salt water compounds the issues facing the communities, contaminating the groundwater and soil. Disasters like these will become increasingly commonplace in the years to come. According to the TSRA, sea levels are rising by between 6 and 8 mm every year, more than double the global average of 3.2 mm, in turn damaging the fragile marine and coastal ecosystems on which the way of life of thousands of Torrent Strait Islanders depends.

The heavy environmental toll of climate change is especially acute in the Great Barrier Reef. Torres Strait Islanders, together with Australian Aborigines, are the traditional owners of this unique natural asset, with much of their culture and traditional livelihoods built around its rich ecosystem. In the last few decades, however, its corals have been steadily dying. Recent estimates point to the alarming fact that the northern section of the Great Barrier Reef had already lost more than half of its coral cover since 2016. While pollution and an accompanying explosion in the number of star sh has contributed signi cantly to the reduction of the coral reef, bleaching from heatwaves is also a major factor – with climate change a major culprit in the increasing intensity of these extreme temperatures.

In combination with persistent coastal erosion and inundation, many island communities may eventually be forced to relocate unless signi cant investments in ood protection are made across the islands in the near future. Given the fundamental role that land and sea play in their identity, the impact of such a move on the wellbeing of Torres Strait Islanders could prove devastating. In the words of Getano Lui, deputy mayor of Torres Strait Island Regional Council: ‘What is instilled in us and our ancestors is if the Torres Strait sinks, we’ll sink with it.’

This profile is an edited version of the community profile featured in the Australia country entry of MRG’s World Directory of Minorities and Indigenous Peoples.

Photo: A boy with a fish spear walks along an ineffective seawall on Saibai Island, Australia. Alamy / Suzanne Long