Frequently ranked as one of the most vulnerable countries in the world to climate change, Chad has for years struggled with a range of environmental pressures that have also threatened its nomadic populations. Seasonal southerly migration by pastoralists and
their cattle in the Sahel – traditionally in the dry season between October and May – has always caused friction with local sedentary populations reliant on the same pasture and wells used by herders to feed and water their livestock.

However, in recent years the impact of climate change has changed patterns in place for many generations, causing new tensions. Over the course of just a decade, landlocked Chad’s dry northern Saharan and central Sahelian zones have spread 150 kilometres south, shrinking fertile farming and grazing areas. Decreasing or more erratic rainfall has forced herders – mostly Mbororo (Fulani, Peulh), Toubou or Gorane – to move south ever earlier in the year, with the result that at times their herds arrive before local farmers have had time to harvest their crops and spoil the yield. They also tend to stay for longer periods or even permanently, further upsetting the delicate balance between Chad’s different ethnicities, lifestyles and livelihoods. 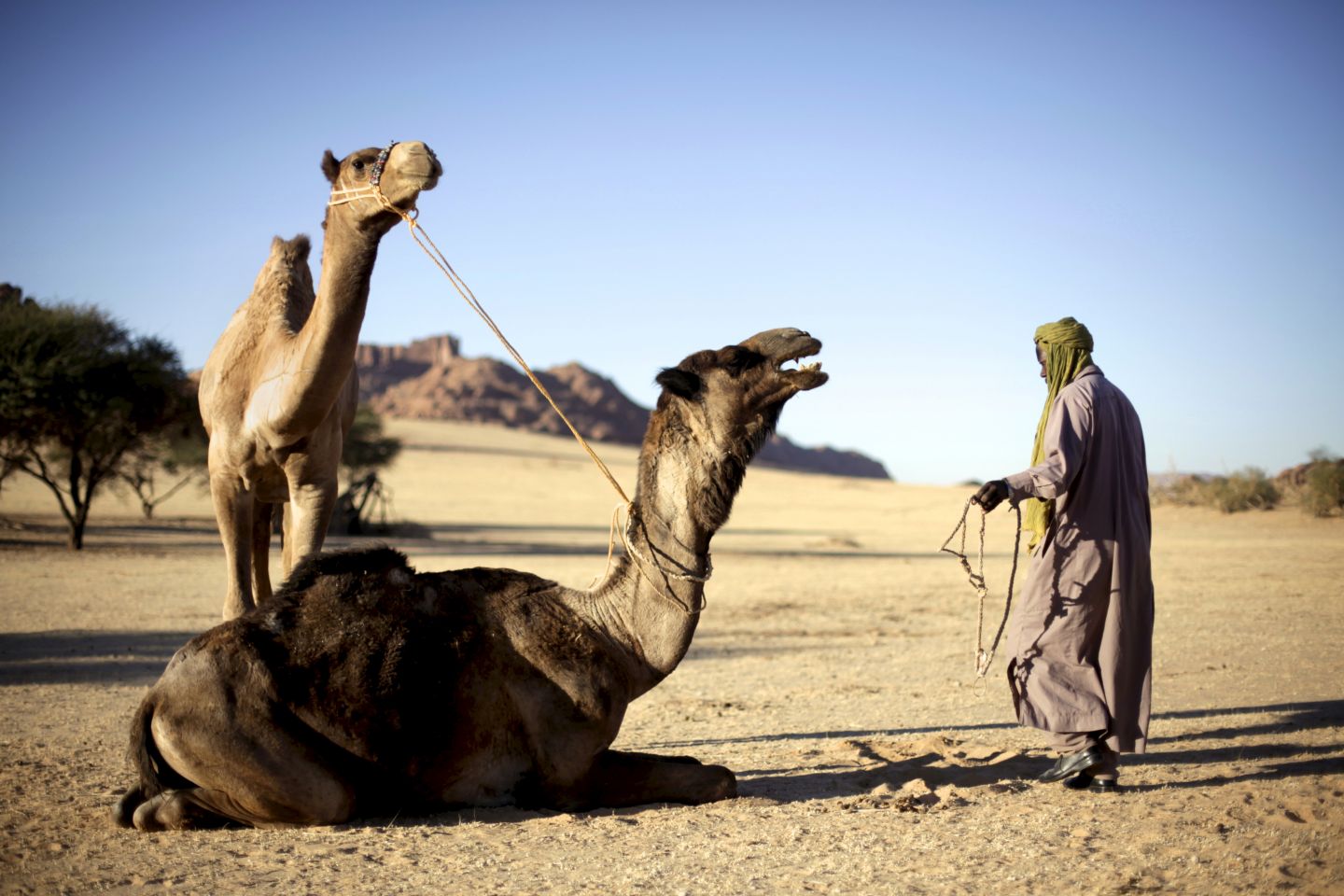 In the west, the shallow waters of Lake Chad, straddling the country’s borders with Niger, Nigeria and Cameroon, have shrunk by an estimated 90 per cent since the 1960s, disrupting the routes and grazing patterns of livestock farmers from the countries around the lake. Closure of the Chad–Nigeria border since 2014 due to armed conflict hinders traditional trade and transhumance, forcing herders to sell more of their stock in Chad for a lower price.

The situation has been exacerbated by sparse and irregular rainfall across the Sahel region that has caused shortages of both fodder and water for pastoralist herds, forcing them south far sooner with serious consequences for animals and people. These include widespread food insecurity, disease outbreaks and economic dif culties, as well as increased risk of con ict with settled communities. In 2018, with 19 drought- affected departments declaring crisis or emergency phases in the ‘lean season’ from June to September – up from 17 the previous year – the situation left almost 1 million people in the region with little or no access to food.

These issues intersect with intercommunal tensions between herders and farmers in parts of Chad’s eastern, southern and Lake regions, while the presence of refugees from con icts in neighbouring Central African Republic (CAR), Sudan, Libya and Nigeria has placed added pressure on limited resources in host areas. Exposure to armed con ict and banditry has also led to the proliferation of weapons: some northern herders have formed ethnicity-based self- defence militias to protect communities against theft and attack by other armed actors. Another complicating factor has been the emergence of some large ‘neopastoralist’ herds, run by professional drovers and said to be owned by wealthy and powerful Chadians. These groups have at times been accused of disregarding traditional regulations and the rights of local communities as they migrate south.

With almost 20 million head of livestock, pastoral farming accounts for between 15 and 20 per cent of the country’s gross domestic product (GDP) and is said to contribute to the subsistence of around 40 per cent of the population. Historically, however, nomadic herders have had little political voice, though in recent years this has begun to change. Chad has been somewhat ahead of other countries in the region in attempting to mark and organize transhumance roads, set up agreed cattle resting and watering points and liaise with local residents and of cials, with the aim of slowing the migration enough to give farmers along the route time to harvest their crops. Following a national conference in 2005 of cials agreed to draft a new Pastoral Code, re ecting both farmer and herder input and including mechanisms for local conciliation of disputes, to replace the outdated and largely ignored 1959 version. Along with other countries in the region, Chad has also signed the 2013 Nouakchott Declaration on Pastoralism and the 2016 Bamako Declaration, both of which call for reinforcing the resilience of pastoral communities in the face of climate challenges.

On the ground, too, community organizations such as the Association des Femmes Peules Autochtones du Tchad (AFPAT, Association of Indigenous Peulh Women) are working with women, youth and children of local communities to establish alternative, sustainable livelihoods adapted to their changing setting. Emphasizing local approaches grounded in traditional knowledge, their activities demonstrate the value of participatory solutions that include pastoralists themselves – particularly as those are some of the communities worst affected by the changing climate. In the words of AFPAT’s Hindou Oumarou Ibrahim, speaking at the April 2016 signing ceremony of the UN Paris Agreement:

‘Our basic rights and our dignity are under threat. Climate change is adding poverty to poverty every day, and is forcing men to leave home, looking for a better future. Migration is challenging for rich countries, but it’s a tragedy for those who are left behind, for those women and children who have to stay and ght back consequences of climate change on their own.’

Photo: A Toubou herder attends to his camels in the Ennedi Plateau, Chad. Panos / Frédéric Courbet