Finland: ‘Instability and abnormality are the new normal. Weather can change in an instant’

Klemetti Näkkäläjärvi, a Sámi researcher and member of the Galggojávri Sámi reindeer-herding community, has worked for years on the impact of climate change on the Sámi people. Here he explains to Oula-Antti Labba how climate change is transforming their way of life, with traditional livelihoods and local species increasingly under threat.

Climate change, lifestyle change and the new exploitation of Arctic resources create clear threats to the Sámi and Sámi culture. The first signs of a changed climate were observed in the 1960s on the basis of the findings of Sámi reindeer owners. The changes observed relate to seasons, temperature, extreme conditions, vegetation, fauna, wind, snow and reindeer life. The most signi cant changes, however, concern uncertainty – forecasting conditions is difficult and the variability between years has increased significantly, making it challenging to work with the reindeer and plan ahead. 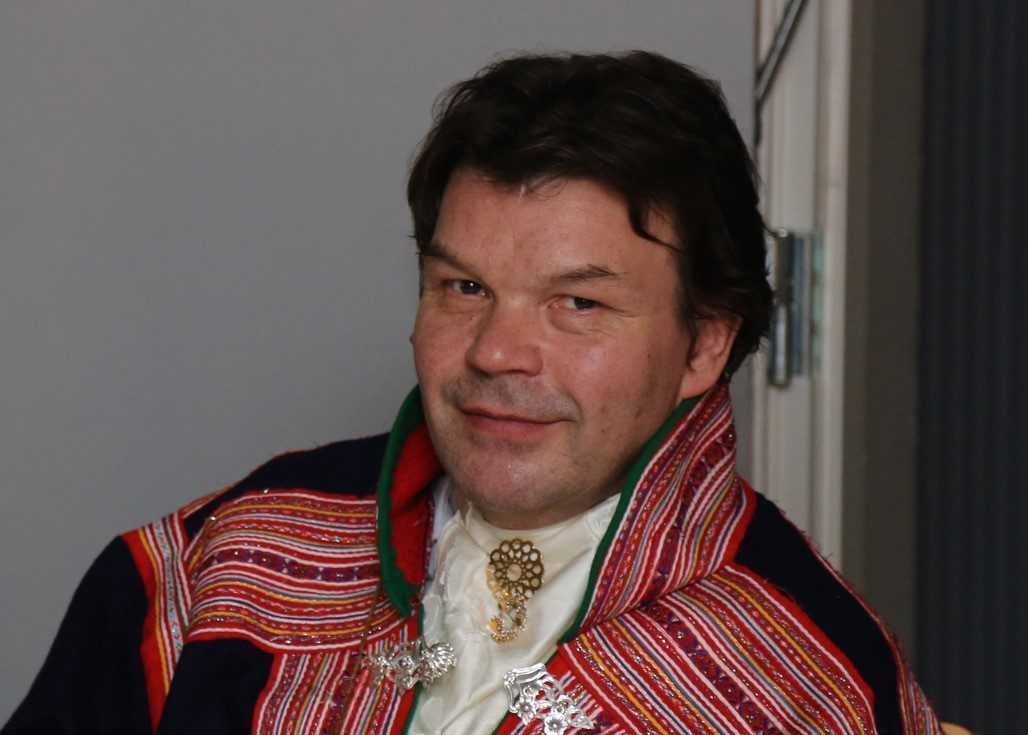 In different areas, the effects will be different. Changes are already visible in vegetation; the most significant change that has been observed by reindeer herders is the rise of the tree line on the north slopes and also in the fells. The trees are also growing faster and growing back more quickly after forest res, which makes it difficult for both reindeer and herders to move across forest pastures. The palsas (a frost heave or mound with a core of ice) have started to melt. In my own childhood village, Nunnas still had palsas in the 1980s – nowadays there are only the usual swamps. Changes in rainfall and vegetation make herding work difficult, and the combination of wind with rain especially increases the risk of erosion. The greening of the Sámi land accelerates climate change and affects the local climate, because the snow melts faster in wooded and scrubland areas. It can easily be detected in the spring, with snow melting around the trees faster.

Last year was an example of how the climate has changed. The dry and hot summer of 2018 added heat stress to the reindeer; the calf markings could not be held in all areas because the reindeer died in enclosures. In Sweden, record-breaking forest res destroyed the reindeer pastures across a wide area, shrinking pastures for a long time. The early winter was also exceptional – warm and snowless. Usually, snowmobiles would have been in use in Sápmi in the second week of November at the latest, but they were not needed until December.

Reindeer-herding as a livelihood can adapt to climate change with the help of additional feeding and technology, but reindeer-herding as a Sámi cultural livelihood is greatly endangered in Finland. Changes in traditional livelihoods directly affect the Sámi identity and the vitality of the their culture. In addition to the Sámi languages, they are a link to the early history of Sámi culture. Climate change, on the other hand, may accelerate the trend of Sámi people moving out of their native region, but at the same time increase the number of the majority population moving in. 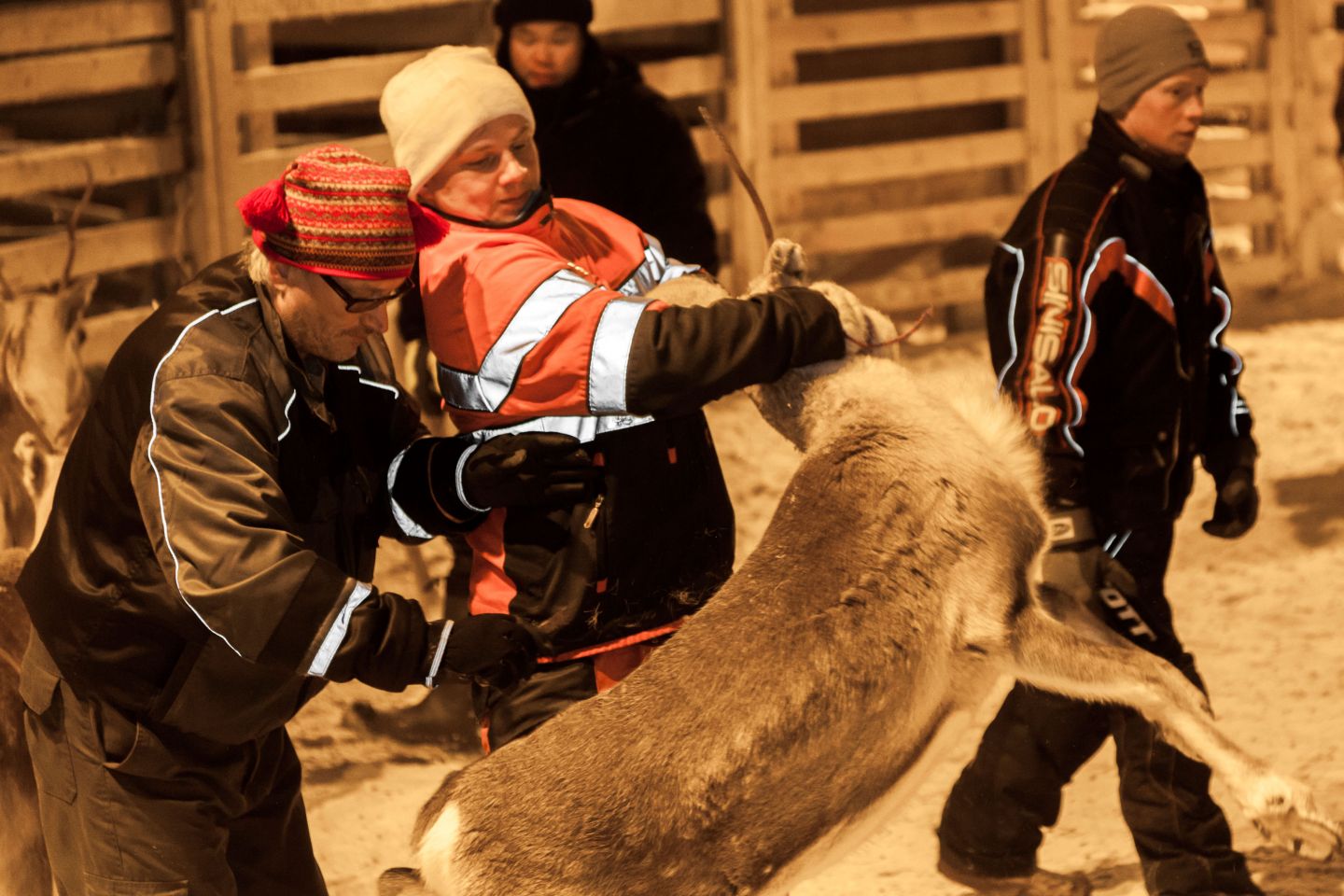 If this trend accelerates, the Sámi are in danger of becoming a linguistic minority. Opportunities to maintain the Sámi culture in urban areas are limited. It means adaptation, cultural change, loss, threats and problems – both physical and mental. In the worst case scenario, it will contribute to accelerating the integration of the Sámi into the mainstream culture. Researchers have reported that the changed circumstances have brought the Sámi stress and concern about the future of their own culture and way of life.

The most concrete health impact of climate change is the increase in accidents. My informants have reported a number of near-miss situations that have been caused by the fact that the ice did not withstand movement, as temperature fluctuations and large amounts of snow had weakened its carrying capacity, and the conditions were no longer what the reindeer were accustomed to. The survival strategy is to work and travel in groups, because it is difficult to get help quickly and a large part of the area is outside the mobile network.

There have been changes in species. Some alien species have come to Sámi under the influence of human activity – for example, raccoon dogs have been found in Kautokeino and roe deer are also found in Enontekiö. The reason is partly climate change, but above all human feeding. Our most important game species, the snow grouse, has suffered from a warming climate and is disappearing from its current territories in the central parts of the Arctic countries. Forestry and foxes are also contributing to its disappearance. Perhaps the most decisive thing to do is to consider how the reindeer can survive climate change itself. The reindeer are going hungry, and the warming conditions can be fatal for the Arctic animal.

By the end of the century, the climate in the Sámi region will be similar to the climate in southern Finland. Seasons have changed, but the warming climate brings new challenges – infrastructure, mining and industrial projects, as well as the environmental risks of the emerging Arctic sea route. In Finland, for example, there are ongoing discussions about the possibilities and boundary conditions for the implementation of the Arctic railway. It would not even be possible to talk about the Arctic railway plans without climate change.

We know less about the future effects of climate change than we should. There are a lot of causal relationships and things we don’t yet understand. Our region is so networked with global processes that our own actions have limited potential. It is generally said that what happens in the Arctic and with the climate does not stay in the Arctic. It could also be said that what happens in industrialized countries does not stay there, but comes directly or indirectly to the Sámi land – although then in the form of fine particles.

Climate change affects everyone and everything, from our brains all the way to micro-organisms. In human life, however, the changes are progressing quite slowly and one can adapt to them, but the question is how to maintain a culturally significant life and cultural richness also in the changing climate. Climate change is happening now and will be passed on to future generations. From the point of view of Sámi culture, the effects of climate change are intergenerational – the solutions and adaptations by this generation will be passed on to future generations as an inheritance, through changed business models, know-how, language and values and ideals.