Iraq: ‘Women are the backbone of the Marsh Arab community – as the effects of climate change are becoming more visible, it is becoming clearer that women are the first to suffer’

The Marsh Arabs, sometimes referred to as Ma’dan (‘the dweller in the plains’), are inhabitants of the Tigris and Euphrates marshlands in the south and east of Iraq. Comprising different tribes, the Marsh Arabs have developed a unique culture that is firmly rooted in the aquatic environment of the marshes, a way of life that has been cultivated for thousands of years.

The Marsh Arabs of Iraq have long suffered from state marginalization, discrimination and violence, but they now face a new adversary – climate change. While water scarcity as a result of climate change is projected to be an acute challenge across the Middle East in the years to come, Iraq is especially vulnerable within the region. The southern marshlands of Iraq have already suffered significantly from shifting weather patterns and prolonged droughts, as well as man-made environmental changes. Soon, the numerous benefits that the marshes provide to their inhabitants may be lost – and with them, much of the distinctive Marsh Arab culture. 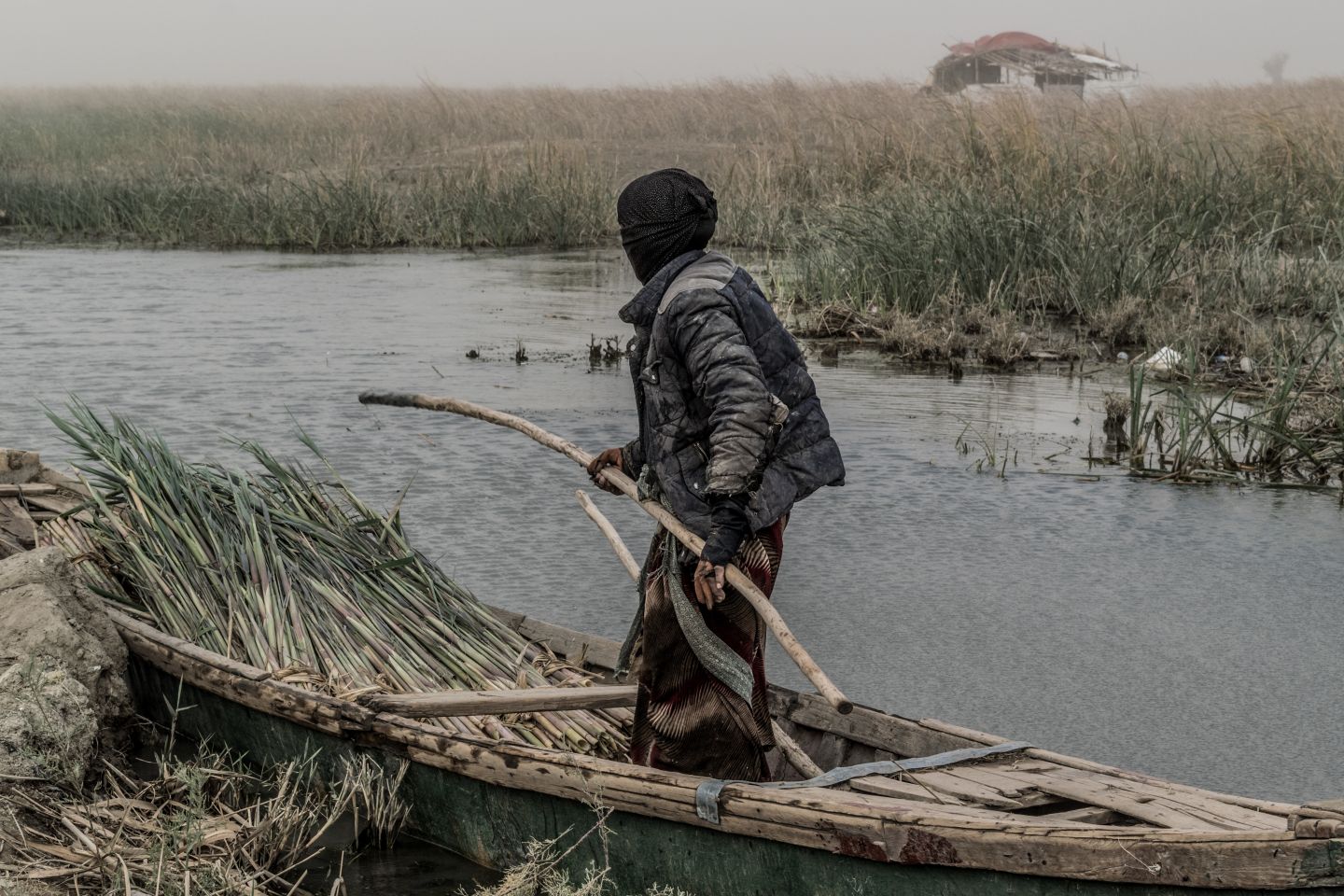 A history of environmental impact

The marshes of Iraq were once the largest wetlands in the Middle East and western Eurasia. In the 1970s, the marshes covered between 15,000 and 20,000 square kilometres of water surface and vegetation, comprising 17 per cent of the country’s surface area. During the 1980s and 1990s, however, Saddam Hussain subjected the marshes and their inhabitants to large-scale targeted destruction. The Marsh Arabs were accused of treachery against the regime, and as punishment much of the marshes were drained. A dam was built along the Euphrates River, south of Nasiriya, and Earth barriers were used to block the tributaries of the Tigris River that fed the marshes. Simultaneously, the waters were poisoned, and economic blockades were placed upon a population already suffering from the consequences of American sanctions.

As a result, in the space of just a few years, an ancient culture was on the verge of annihilation: in one month alone, between December 1991 and January 1992, more than 70 villages were destroyed and over 50,000 inhabitants uprooted from their homes. Those who stayed faced starvation and killings. A once thriving community of almost half a million in the 1950s dwindled to as little as 20,000 by the end of Hussein’s rule. While some of the Marsh Arabs sought refuge in neighbouring towns and cities, many of them were forced to flee to refugee camps in Iran. 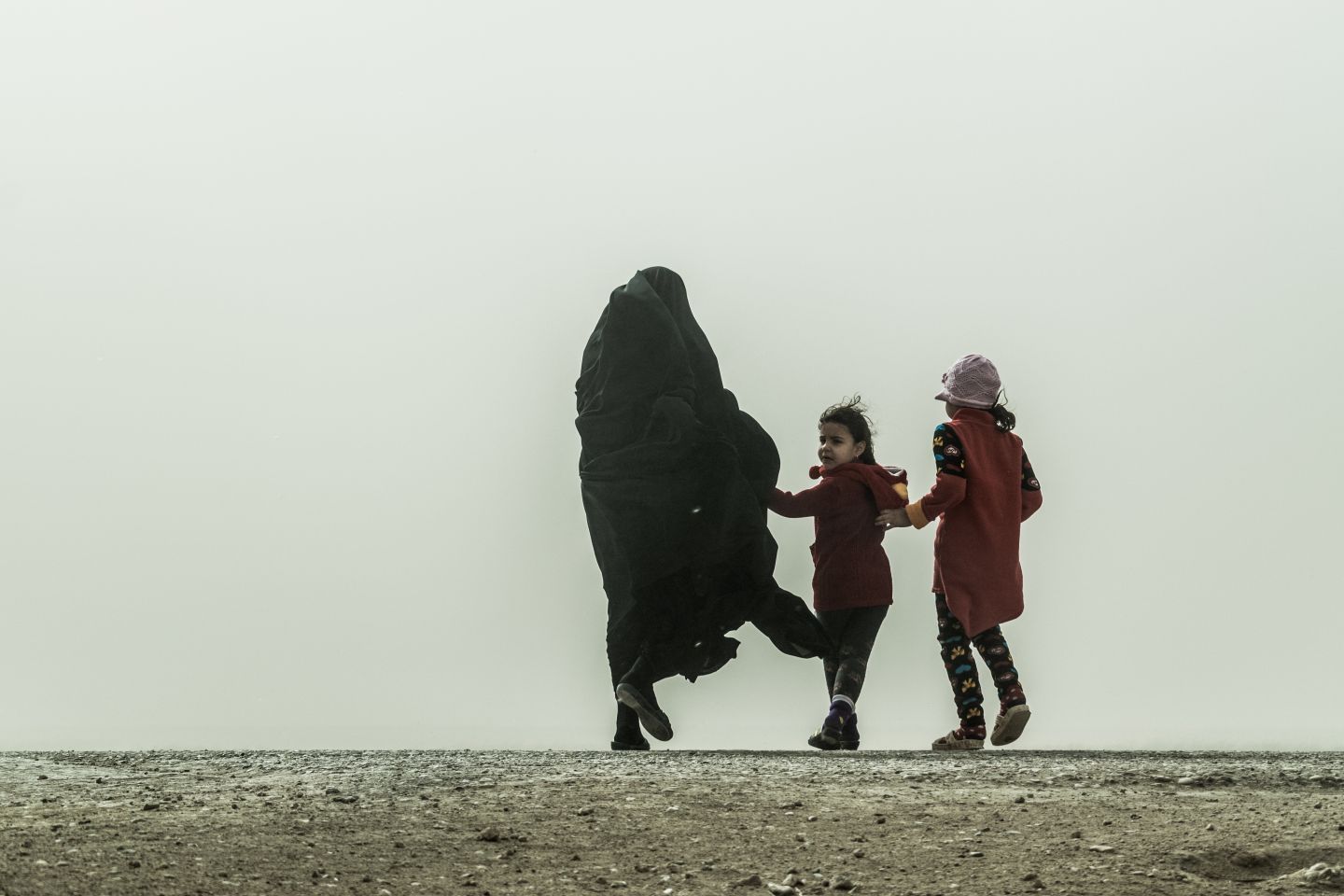 Many of the Marsh Arab communities that ed during the Saddam regime returned to their homeland in 2003. This was a remarkable period of restoration as the marshes were brought back to life, with large swathes of the drained areas inundated once again. Yet increasing water scarcity is now threatening to undo much of this progress. This challenge was brought into sharp relief in the summer of 2018, when Iraq suffered its worst water shortage crisis in 80 years. This is in part due to dam construction projects in neighbouring countries, such as Turkey’s Southeastern Anatolian Project, Syria’s Tabqa dam and Iran’s Karkheh River dam, that have greatly reduced the country’s water supply. Mismanagement of water resources within Iraq itself, as well as other governance challenges, have also played a major part in the scarcity now afflicting the marshes.

Nevertheless, intersecting with these issues are the effects of climate change, with a recent report by the Expert Working Group on Climate- related Security Risks highlighting ‘prolonged heatwaves, erratic precipitation, higher than average temperatures and increased disaster intensity’ as some of the most pressing impacts now being felt in Iraq. Hotter spells and extended periods of drought have also led to a drop in water levels while at the same time salinity has risen to unhealthy levels. With temperatures currently reaching more than 40°C during the summer and predicted to rise by an average of 2°C by 2050, these effects are likely only to intensify in future.

Living with climate change in the marshlands

Combined with the added environmental stresses of poor water management and dam construction, climate change will affect the lives of Iraq’s Marsh Arabs in myriad ways. This is illustrated, to some extent, by the water crisis of 2018 and its impact on local agriculture, with livestock devastated in some areas of southern Iraq and hundreds of farming families reportedly forced to leave their homes in search of better irrigated land elsewhere. As many communities are largely dependent on agriculture for their livelihood, rising temperatures, drought and more frequent sand storms could increase the risk of displacement and migration. According to the Director of Antiquities and Heritage in Basra, Qahtan Al Abeed, the extent of the damage caused by uctuating water levels in the marshes has driven many Marsh Arabs to leave their villages and head to the inner cities to make a living, returning only seasonally, depending on water levels.

Health is another area where climate change is projected to take a heavy toll. As reed production declines, and with it an important natural buffer for the hot winds that blow through the marshes, hotter temperatures and dust clouds from the desiccated marsh beds will have serious impacts on the Marsh Arab population. These include respiratory sicknesses, cancer and higher levels of infant mortality.

And, as elsewhere, women are likely to be particularly affected by these changes in the environment. Within the Marsh Arab community, women once played a very active role: while the men went out to sh, the women would gather reeds, herd water buffalo and other livestock, produce milk, cheese and yoghurt, make handicrafts such as rugs, scarfs and hand fans, look after the home and, at the end of the day, sell the fruits of their labour at the local market. ‘Women,’ says Al Abeed, ‘are the backbone of the Marsh Arab community. As the effects of climate change are becoming more visible, it is becoming clearer that the women within the marshlands are the first to suffer.’ The disappearance of fresh water, reeds and other natural resources has severely constrained the role of women in their society and reports suggest that, as a result, they are no longer passing traditional knowledge to the younger generations.

Iraq’s ability to alleviate the impacts of climate change by modernizing water infrastructure and the agricultural sector have been debilitated by poor governance, corruption, war and the legacy of Saddam Hussein’s decades-long rule. If left neglected, the combination of climate change impacts, decreased water ow from Iraq’s neighbouring countries and poor infrastructure will create a catastrophe for the livelihoods and water security of hundreds of thousands of Iraqis, particularly the Marsh Arabs. According to Al Abeed, unexpected heavy rainfall over the wet season in 2019 resulted in the highest water levels the marshes have witnessed since 1975, indicating the drastic changes in weather patterns producing both droughts and floods.

With this in mind, the government has set up a working committee, headed by the Ministry of Water and joined by the Ministries of Culture, Environment, Oil, Agriculture and Education, tasked with ensuring the sustainable management of the marshes and the promotion of tourism in Iraq’s marshlands to inject much needed cash ow into the local economy. The preservation of Marsh Arab livelihoods, culture and heritage is now heavily dependent on the success of the committee’s initiatives. While the future remains uncertain, what is clear is that any lasting solution must be firmly rooted in a rights-based strategy to tackle climate change, addressing not only the changes in the local ecosystem but also their specific impacts on the Marsh Arab community themselves.