Kenya: For Turkana pastoralists, oil offers no easy solutions
to poverty and drought

The Turkana people are traditionally pastoralists, a lifestyle adapted to the arid environments of north-western Kenya. Bordering Ethiopia, South Sudan to the north and Uganda to the west, Turkana County is the second largest of Kenya’s 47 countries and covers some 77,000 square kilometres.

Turkana County is seriously affected by inter-ethnic and cross-border conflicts over natural resources. Turkana, like their neighbours, have a history of livestock raiding – a practice used as a means of extending grazing areas, securing control over new water sources and restocking herds with the livestock of enemy tribes. In addition to the cycle of retributive attacks this has generated, however, an additional challenge has been the transformation of raiding over the years into a more predatory or commercial activity. 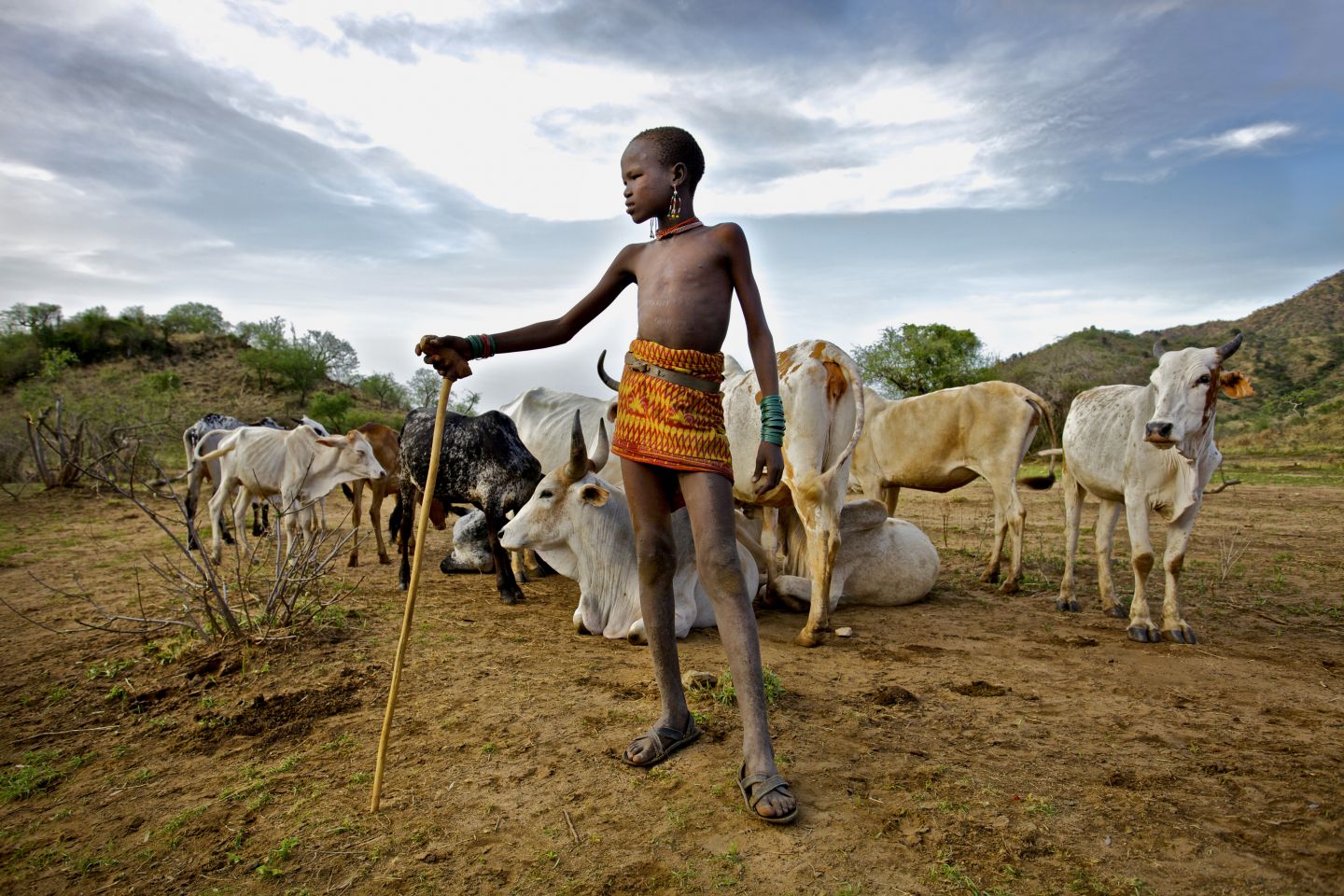 Turkana, like other arid and semi-arid regions of Kenya, has a long history of marginalization from both the colonial and the post-colonial administrations. Due to prolonged isolation and under- investment, the region has some of the lowest levels of human development in Kenya and is the most prone to conflict and insecurity – a situation exacerbated by the recurrent droughts and unpredictable rainfall that have left communities even more vulnerable in their wake. Turkana community members also have limited access to education, elevated levels of health conditions such as child stunting and the highest incidence of poverty in the country. In this context, the ability to adapt to extreme weather and longer- term changes is crucial to maintaining traditional livelihoods in the region.

So far, Kenya has put in place a number of measures to mitigate drought and promote sustainable development. Following the National Climate Change Response Strategy (NCCRS) in 2010, outlining evidence of climate impacts on different economic sectors and proposing various adaptation responses, the National Climate Change Action Plan (NCCAP) of 2013 aimed to implement the 2010 NCCRS and set out a series of actions to enable low-carbon, climate-resilient development. The National Adaptation Plan (NAP) 2015– 2030 builds on this by establishing adaptation priorities, while the Climate Change Act 2016 provides a regulatory framework for mainstreaming climate change considerations into development planning, budgeting and implementation across all sectors of government. Finally, the National Drought Management Authority Act (2016) exercises overall coordination over all matters relating to drought management. Yet these measures have been hampered to an extent by delays and political obstacles.

In the meantime, Turkana County is currently undergoing major changes, including urbanization, population growth and shifting land use, that have put pressures on traditional nomadic lifestyles. Devolution, too, of significant levels of decision-making power to local authorities and increased central budgetary allocations to Turkana since 2013 to reduce the relative marginalization of the area have brought significant change. While a decade ago there were no commercial flights to Turkana, there are now at least every week and in Lodwar, the largest urban centre, hotels and other forms of infrastructure have been built. This process of transformation could be accelerated even further by the recent discovery of vast oil deposits in the region. The reserves are currently being explored by Tullow Oil, a multinational headquartered in London, with reports of more than a billion barrels available and projected investment of US$70 million by the company in 2019.

While some have welcomed the oil industry for the potential development opportunities it could bring the area, such as new road networks and employment for the local community, there has also been considerable resistance and concerns over the likely allocation of profits from any oil extracted, with prolonged demonstrations and roadblocks during 2018 in protest at the employment of outsiders over locals with the company. Given Turkana County’s history of neglect, it is far from certain that oil revenues will be managed transparently and to the benefit of the region.

Indeed, without effective participation and governance, the region’s oil could make existing tensions even worse and lead to further conflict.

In this context, Turkana pastoralists face an uncertain future as increasing pressure on water, land and food security as a result of global warming has undermined their traditional livelihoods and generated conflict with other groups. A key element in maintaining stability and the survival of Turkana culture in the region is ensuring that the impoverished and excluded Turkana population have adequate access to food, services and other essential needs – in the process strengthening their resilience to climate change.