Kenya: ‘The impact of climate change is worsening the situation of child marriage among the Maasai’

Nice Nailantei Leng’ete, a Maasai human rights activist and advocate for girls’ rights in Africa, has saved thousands of
girls from female genital mutilation (FGM) and child marriage through her work with Amref Health Africa, one of the foremost health rights non-governmental organizations (NGOs) in the region. She tells Hamimu Masudi about the effects that climate change is already having on Kenya’s Maasai community and how young girls, in particular, are among the worst affected.

The Amboseli grasslands in Kenya and the Serengeti areas where the Maasai feed their cattle are all drying up – everyone is feeling the heat, the dry spells and the unpredictable rainfalls. When the rains eventually come, they are violent and cause a lot of damage to communities and to cattle. The droughts are widespread and longer, and as a consequence we lack grass to feed the cows – it is very common to see dead cattle all over the place.

Women and girls spend most of the day walking long distances in search of water, because the usual sources of water like rivers dry up often. And as a community that depends on cattle for our livelihood, the lack of pasture causes conflicts with crop growers, who complain of our cattle feeding on their crop fields. The pastoralists sometimes raid each other for grazing lands and cattle rustling. We also get media reports that snow on Mt Kilimanjaro and Mt Kenya is melting away, and we can imagine why foods have become so common. The elders say the nights are now colder and we see frost covering pastures, which is dangerous to the health of our livestock. 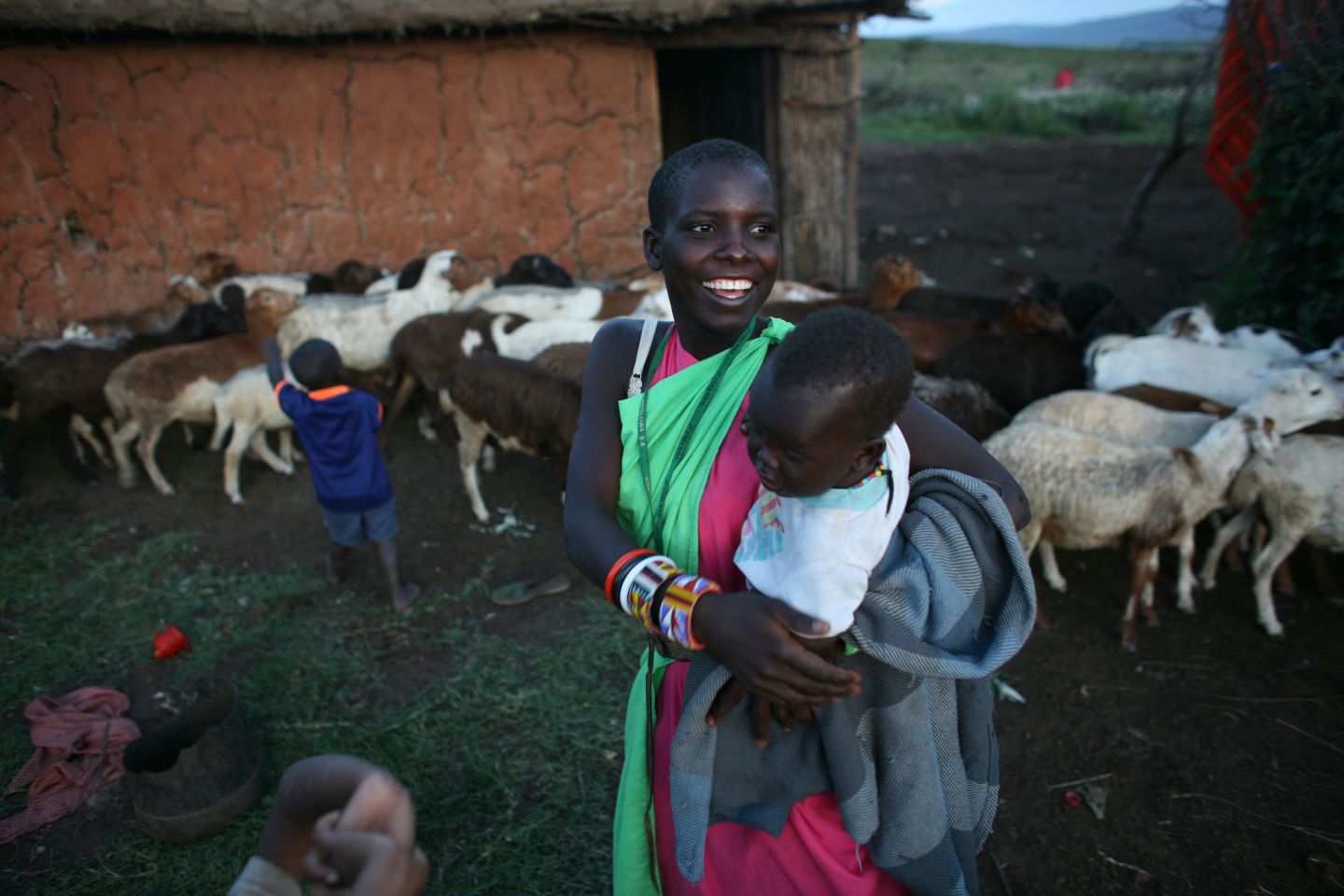 The impact of climate change is worsening the situation of child marriage among the Maasai. The prolonged droughts are forcing many families into desperate situations of hunger and young girls, as young as 12, are being given away as brides in exchange for cattle. The long walk in search of water also exposes young girls to the danger of sexual abuse and resulting pregnancies. As an activist for the girl child, I know this is happening, but it is dif cult to gauge because of its underground nature.

The other serious issue is that, due to the cultural norms and values, girls who have undergone FGM attract a higher bride price compared to those who are uncut. It is also important to note that the girl who undergoes FGM is in essence being prepared for marriage, so the impact of climate change increases the risks of both child marriage and FGM. Indirectly, then, it can be argued that young Maasai girls are affected most by effects of climate change. A chronic drought and high costs of raising children all too often result in girls being viewed as an economic burden whose best place is a ‘good’ marriage.

The inability to predict the timing of dry and wet seasons greatly undermines our capacity to plan our risk preparedness and disaster management. But the Maasai are very resilient and adaptive to the effects of climate change. We are slowly but steadily venturing into other income-generating activities, like shoe making and business enterprises. In partnership with NGOs and churches, social campaigns and sensitization programmes are also being conducted to fight child marriage and FGM. And through the support of organizations such as Amref, communities are being supported with irrigation and alternative livelihood projects like bee keeping and farming. These additional income sources help communities survive when it foods or when droughts destroy pasture.

As pastoralists, we are always on the move, so some families migrate to faraway places in search of pastures. Some go as far as Tanzania, or the slopes of Mt Kenya and Mt Elgon, but this is risky because it causes con icts with farmers and other pastoralists. Last but not least, our traditional institutions – extended families, clans, the council of elders and the general community – help everyone through tough times.