In the past, it was this seasonal cycle and not the months of the Gregorian calendar that marked a kuri ‘year’. Today, these cycles appear to be getting longer. The heavy rains of summer are arriving later each year and the cold nights of winter feel more frequent than before. For the region’s indigenous inhabitants, the stretching of seasons and the intensity of the drought, the variability of the rainfall and the extreme shifts in temperature are warning signs of climate change. These are also features of a semi-arid desert landscape that has long fluctuated between extended periods of drought and periods of relatively high rainfall.

Within the Namibian context, being able to discern between real, long- term threats to the region and what are long-standing patterns that the fauna and ora are well-adapted to endure and recover from are crucial to local livelihoods. As a ‘conservancy’, the region falls under the aegis of Ju|’hoan speakers. In Namibian legalese, they are the region’s ‘traditional community’ – they recognize a common ‘chief’ or ‘traditional authority’, share the same language, cultural heritage, customs and traditions, and inhabit the same communal area. While they are not its legal owners, they are the region’s primary custodians and they hold ancestral rights to manage and utilize the resources found within it. These rights came into effect shortly after Namibia achieved independence from South Africa in 1990. By granting these rights to people living in Namibia’s vast, rural landscapes, the aim was not only to achieve social-ecological sustainability but also to give people opportunities for economic development and political self-determination after decades of subjugation under the apartheid government of South Africa. 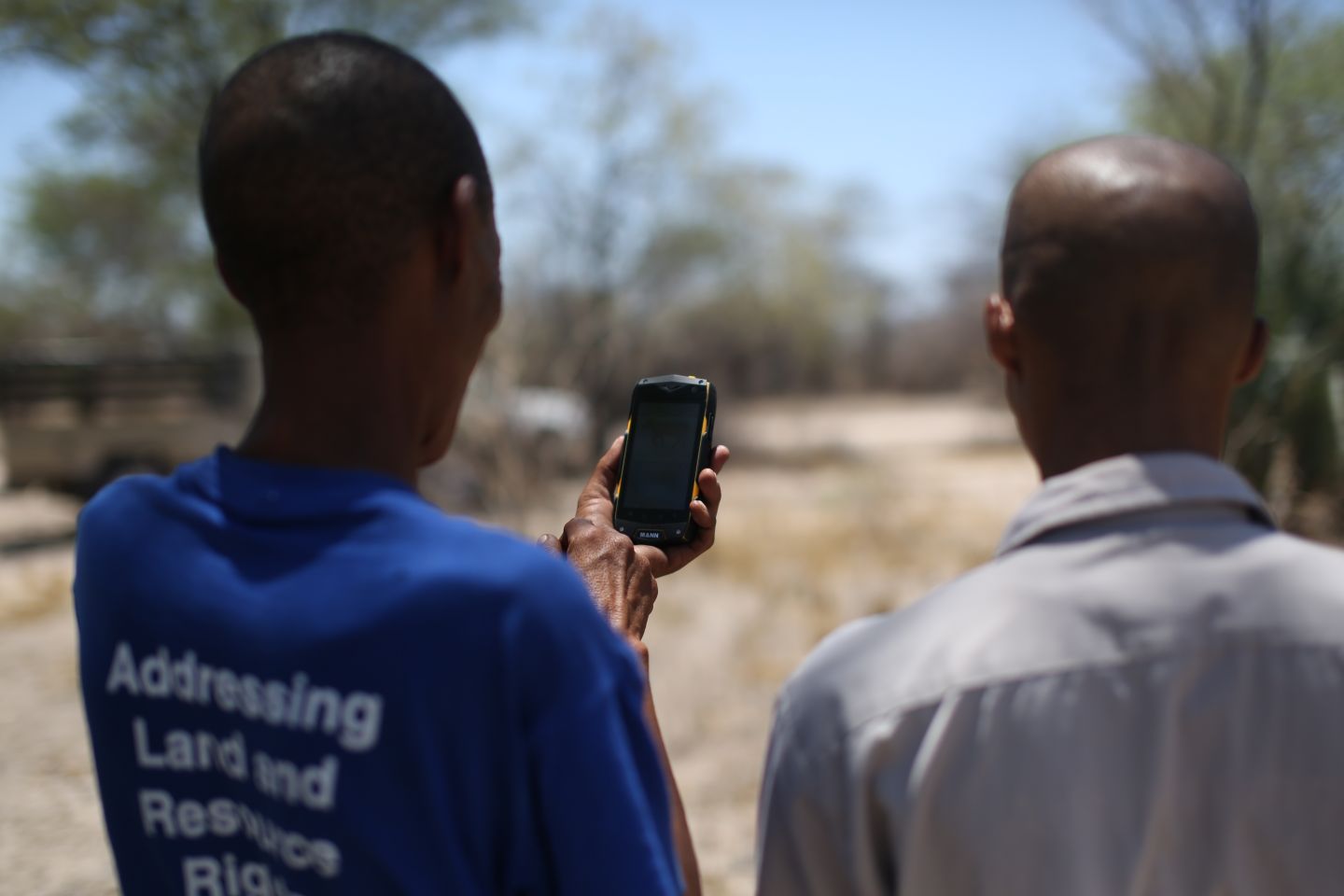 After years of community meetings and heated discussions, the Nyae Nyae Conservancy opted for a mixed subsistence economy of trophy and own-use hunting, foraging and harvesting, animal husbandry and agriculture, and research and tourism. The off-take is managed through a quota-based system, and the numbers for these are determined by a combination of aerial surveys, annual counts, and monitoring and reporting. These are undertaken by a team of rangers dispersed throughout the region and the environmental wardens and non-governmental organizations, such as the Nyae Nyae Development Foundation of Namibia, who work alongside them. It is an onerous task, and opinions are starkly divided between those who hail it as a conservation success story and those who claim that it is failing – in terms of both achieving social-ecological sustainability and economic development.

There is clear evidence of success. By securing grants, gathering research and lm fees and supporting trophy- hunting and other commercial enterprises, the conservancy garners a large enough income to maintain solar-powered boreholes for 37 communities scattered throughout the 9,000 square kilometres region, distribute annual cash benefits to over 1,500 members and support numerous community projects, from small gardens to animal rearing and craft production. They remain the only indigenous community in southern Africa with both access to a large, ancestral territory and the rights to forage and hunt with traditional weapons. Their traditional n!ore land-use system continues to ensure the careful management of scarce resources, especially in times of drought.

Nevertheless, the situation remains challenging for many community members who still struggle with poverty and insecurity. Hunger is a daily battle for all but a few individuals with stable employment in town. A government feeding programme brings bags of maizemeal to destitute families throughout the year, but these alone are not enough to feed them. This pushes families towards town and into debt. An illegal invasion of cattle herders from the south is also threatening rangelands within the region, and poaching is increasing, both around the municipal town at the centre of the region and on the conservancy’s borders. The distances between communities within the region are immense, making it difficult not only for residents and rangers to share local ecological knowledge and report their concerns, but also for relevant authorities and stakeholders to analyse and address these.

In 2015, to complement their ongoing efforts to achieve social-ecological sustainability and support communities through larger quotas, the Nyae Nyae Conservancy embarked on a new project to develop digital tools for expanding and streamlining monitoring and reporting. Working with Extreme Citizen Science, a research group at University College London, the conservancy designed two mobile applications for recording evidence of poaching and illegal grazing with the aim of using the data in an ongoing court case. These mobile applications were then expanded to support rangers to monitor and report back on animal sightings, and further applications designed for the purposes of mapping protected tree species or tracking regrowth rates in harvested plants. These applications are icon- based and therefore do not require high levels of print or digital literacy, and they allow rangers to record GPS coordinates that pinpoint immediate threats and areas of concern and support longer-term analysis and visualization of trends within the region.

The central aim of this work is to empower the wider community to voice their concerns and engage in the monitoring and reporting work that the conservancy depends upon. There are both technological and social challenges, however, that limit the extent to which these can complement current efforts. Poor telecommunications infrastructure prevents people from sharing knowledge quickly; having only minimal solar-power for electricity makes charging batteries a challenge, and, of course, only a handful of people have smartphones. Furthermore, only those who are formally paid to participate as rangers can, realistically, engage in monitoring and reporting work. Hunting and gathering is both risky and challenging, meaning people are increasingly pushed (as the local saying goes) to zula ka ku |xoah, ‘roam in order to live’ – to go back and forth from territory to town in search of work or patronage.

There are challenges, too, in establishing a clear and equitable interface between indigenous knowledge and new technologies. While the participatory design process employed with communities has meant that local people can both categorize and draw icons that make sense to them, not all local ecological knowledge is translatable in this way. It is also not clear what effect rei cation may have, and what new regimes of transparency these efforts may bring about.

Neighbouring communities face similar issues of environmental mismanagement and land encroachment that also impact upon local efforts to achieve social- ecological sustainability. As rangelands on the other side of the conservancy fence have been overgrazed, cattle herders have cut the fences into Nyae Nyae and allowed their cattle in to graze. Similarly, as deforestation has increased, either for logging or to make way for farming, so has the pressure from poachers who follow wildlife into the conservancy. While poor management and resource competition is driving this process, climate change heightens these impacts and brings new uncertainties. These are challenges that cannot be addressed simply through monitoring and reporting, but monitoring and reporting does, nevertheless, play a vital role. Current efforts to expand upon this work of drawing upon local ecological knowledge and bringing local people into the process, through both digital tools and broader forms of advocacy, are therefore important next steps. They mark a move towards gathering long-term, georeferenced data but also towards finding new ways to confront both a changing socio-political landscape and a changing climate.