Russia: A way of life under threat for Nenets as oil drilling and ice melt take their toll

Nenets are an indigenous Siberian people, whose traditional economy has long been rooted in nomadic reindeer-herding, fishing and hunting. The majority inhabit the Yamal Peninsula – meaning ‘edge of the world’ in the Nenets language. Though the Nenets live on the fringes of industrialized society, they are among the first populations to face the consequences of a changing climate.

Nenets came under Russian influence from the sixteenth century onwards. Under Soviet rule they were forcibly collectivized and their shamanist religion was attacked. A number of Nenets rebellions took place from the 1930s, but the community was largely sedentarized in the 1950s, and the region later saw a large influx of Slavic settlers employed in industry.

In 1990s the Russian energy company Gazprom initiated preparations for one of its biggest oil projects, the Yamal Megaproject, aimed at exploiting the peninsula’s gas reserves. This process soon led to large-scale destruction of plant cover and vegetation in the Yamal Peninsula, beginning a long period of environmental deterioration. In 2012, the first gas supplies were produced from the vast Bovanenkovo reserve, and billions of cubic metres of gas are now piped to Western Europe. As a result of this exploitation, many indigenous inhabitants have had to leave the Yamal Peninsula for fear of being forced to live in permanent settlements.

Today, the main problems confronting the Nenets are ecological damage deriving from exploitation of the Yamal region’s natural gas deposits, unemployment and alcoholism. Their nomadic lifestyle is now threatened as their migration routes have been disrupted by mining infrastructure, pollution and the effects of climate change. As a result, many young Nenets are forced to migrate to cities, where they frequently struggle to integrate and face a range of social problems.

As with other indigenous communities in the Russian Federation that depend on reindeer-herding for their cultures and livelihoods, a further key threat to the Nenets’ future is climate change. Warmer summers bring higher and denser shrub growth across the tundra, making it more difficult to gather and move reindeer herds. Rapid shifts in temperature can cause freezing rain, which, in turn, causes the lichen that reindeer depend on to be covered by a thick and often impenetrable layer of ice, with many dying as a result.

And the untimely melting of lake and river ice can make it difficult for Nenets to follow their reindeer’s traditional migration patterns. Indeed, certain parts of the permafrost that Nenets and their reindeer need to cross have ceased to exist in some places, and are only accessible in colder months elsewhere. Though Nenets also rely on hunting and fishing, reindeer herds are the sole livelihood of many, so a negative impact on this one species can be destructive for the entire community. Moreover, reindeer-herding is central to Nenets’ culture and traditions. Changing migration paths and scarcer pastures also mean that families have less access to medical services as they are forced to camp further from towns. Nenets can adapt by continuing to roam widely in search of pastures: the issue is whether mining and natural gas extraction will hamper their access to the necessary range of habitats. Ever-expanding gas and oil industries encroach on reindeer pasture territory, and so regions on the Yamal Peninsula (where the nomadic Nenets live and move around) are overgrazed. In addition, the new pipelines and other industrial infrastructure are creating further obstacles to traditional migration routes. 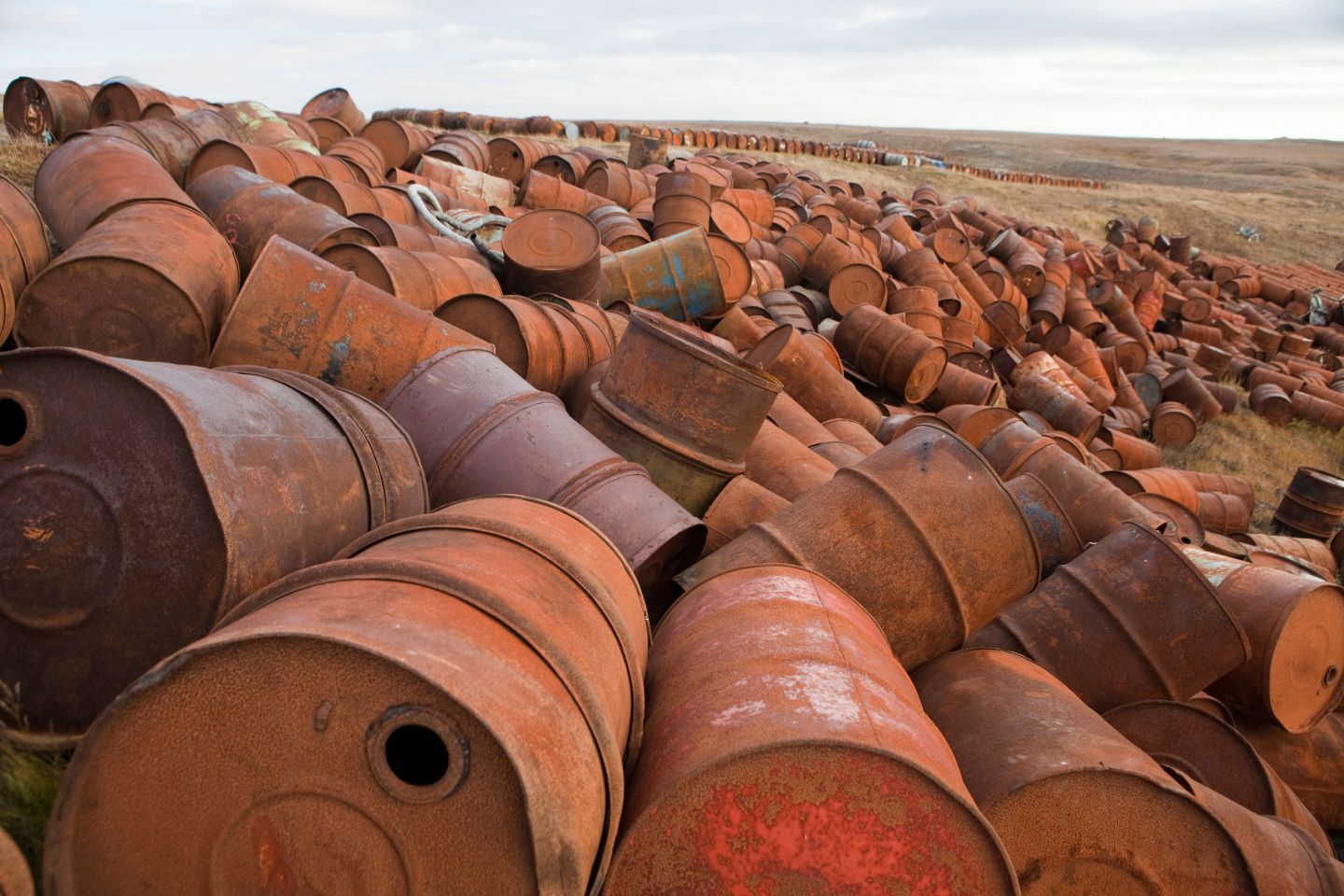 Sadly, these impacts look likely to intensify in the coming years as the region continues to be targeted for development and fossil fuel extraction. The Yamal Peninsula holds more than one-fifth of Russia’s natural gas reserves, roughly as much as the entire reserves of the United States. These natural gas fields are situated along major herding routes, and there is currently a proposed pipeline to connect hubs at Bovanenkovo (already the largest gas eld in Yamal, which herds must cross to reach summer pastures) and Payuta with oil and gas terminals. Proposed railways also cut straight through traditional Nenets routes. A new gas eld called Kruzenshternskoye is to be constructed in the next few years on the Kara Sea coast, which will destroy prime areas of pasture, meaning even less grazing access for already weakened reindeer.

Many prominent activists from the Nenets community, specifically the Forest Nenets, have spoken publicly about the environmental challenges facing their community. Yuri Vella, for example, a prominent poet, environmentalist and social activist, was a former reindeer herder in the tundra of the Agan River who later organized protests on behalf of the Nenets people in Yamal, Varagansk, to raise awareness on the encroachment of gas and oil industries on their traditional territories. Vella also wrote in the Forest Nenets language, a significant move in an era in which most Nenets were encouraged to adopt Russian and discard their native language.

In the face of these changes, the Nenets people continue to be flexible and adaptive: they regularly cross pipelines and railroads and other Russian operations to follow their traditional migration routes, but climate change and the deteriorating local environment nevertheless pose an existential threat to every aspect of their lives. With the depletion of the natural resources on which they depend, an entire way of life goes too. Some Nenets have already responded to these changes by leaving their nomadic communities and assimilating in urban communities, though many reportedly struggle with high levels of alcoholism, unemployment and mental health issues as a result.

This profile is an edited version of the community profile featured in the Russian Federation country entry of MRG’s World Directory of Minorities and Indigenous Peoples.